Why nobody wants to run Gurugram Rapid Metro

With the deadline for the continuation of the Gurugram Rapid Metro ending on September 17, speculation remains rife whether HUDA will run the enterprise, as the current concessionaire Rapid Metro Rail Gurgaon Ltd (RMGL) has expressed its inability to run it any further. 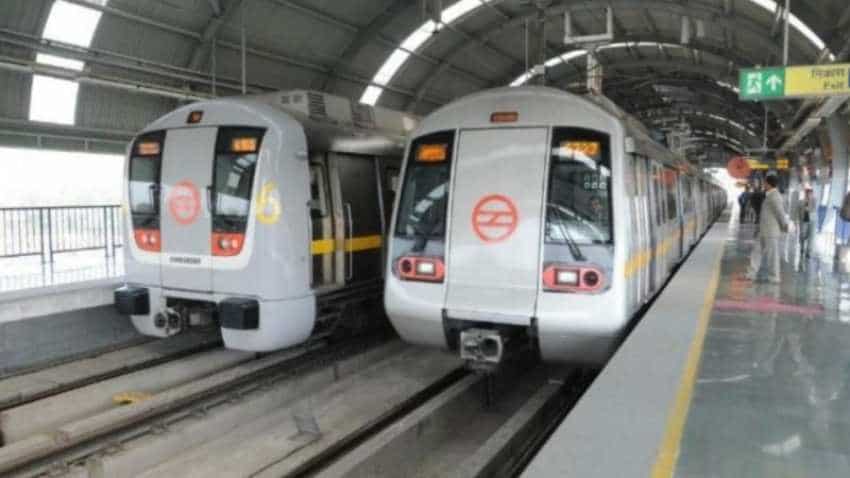 With the deadline for the continuation of the Gurugram Rapid Metro ending on September 17, speculation remains rife whether HUDA will run the enterprise, as the current concessionaire Rapid Metro Rail Gurgaon Ltd (RMGL) has expressed its inability to run it any further. The Rapid Metro was constructed by IL&FS Infrastructure in two phases. In the first phase, the company built 5.1 km elevated track, connecting National Highway No. 8 at Shankar Chowk with Sikandarpur DMRC station, covering six stations. The second phase of the system was opened to the public on March 31, 2017.

Built in three years at a cost of Rs 1,450 crore, the service was opened for public in November 2013. However, residents of Gurugram will tell you that low ridership, high cost and poor location were responsible for the demise of the metro operation. The two special purpose vehicles (SPVs) of IL&FS -- Rapid Metro Rail Gurgaon Limited (RMGL) and Rapid Metro Rail Gurgaon South Limited -- which have been running the Rapid Metro in Gurugram since 2013 and 2017, respectively, have served their termination notices to the state government stating an alleged breach of contract.

India`s infrastructure deficit story is well documented and when built up infra like this ill fated Rapid Metro project succumbs to the dictates of time, it is an even bigger travesty. It is now incumbent on the Haryana Urban Development Authority (HUDA) to not just run this operation, but also fix what is broke. People in Gurugram will tell you that the line needs to be taken towards old Gurugram across the Expressway which is in dire need of good public transport.

HUDA will have to study the modalities of reviving the ridership, which is in disrepair, and extending the line to areas which actually require such a Rapid Metro. By combining this with the Delhi Metro, it can be a game changer as a local transport instrumentality in higher middle and lower income density areas.

By taking it to the higher income stretch of Golf Course Road, Rapid Metro actually did a disservice to the operation for the residents there don`t require public transport. The annual report of 2017-18 throws up a strange fact. It shows that the Rapid Metro earned more from advertisements than passenger traffic. About 60 per cent of the revenues came from advertisements, while the share of traffic revenues was only 39 per cent.

There are multiple reasons for this. However, the biggest issue is project alignment. The Phase I of Rapid Metro revolves around Cyber City, which is a work area, but not everyone working there lives around on the Rapid Metro line. The Phase 2 alignment along the Golf Course Road was a non-starter. This is because the area neither has density, nor mixed-income groups. On the other hand, the old Gurugram on the opposite side of NH 48 has all the elements that could ensure high ridership, but it doesn`t even have a single Metro line.

IANS has tried to understand why India`s first privately owned Metro has come to such a sorry pass that nobody wants to have anything to do with it. When contacted, IL&FS formally refused to comment, saying the matter is sub judice. Both fare revenues and non-fare revenues form the overall revenue stream for Metros. Since Metros are treated as social infrastructure, fare is typically regulated and thus fare revenue by itself can never help achieve break even for Metro projects. This has been the global trend in all the cities with metros.

Non-fare revenues typically comprise avenues like advertising, property development, retail etc. Revenues for both SPVs were substantially affected due to many rights not being accorded under the provisions of the concession agreement, Metro Act, as also the obligations of the Government of Haryana agreed between the Government of India, Government of Haryana and Delhi Metro Rail Corporation (DMRC) while according "in-principle" approval to the project. This has led to breaches of the concession agreements by the Authority due to:

* Substantial withdrawal of advertisement rights for both the SPVs due to multiple rounds of modifications to bye-laws by the Urban Local Bodies Department, framed between September 2016 and May 2018. The amendments imposed a ban on advertisements on areas like:

a) Metro pillars, a prolific source of revenue generation

b) Areas facing the direction of traffic on public roads viz. at metro stations etc.

While advertisement rights were accorded to the SPVs under their respective concession agreements signed much earlier in December, 2009, and January, 2013, as also permitted under the provisions of the Metro Act, the subsequent by-laws sought to withdraw many of the advertising rights.

* Non-approval of Property Development Rights from the Authority, as permitted under the Metro Act on all land available with Metro Rail Administrator (MRA) including depot and stations. RMGL is the designated Metro Rail Administrator for both the SPVs as per the provisions of the Metro Act. Around 2 million square feet of commercial development on the land already available for depots with the SPVs, with permissible FAR`s (floor area ratio) under TOD (transit oriented development) policy, was not allowed to take shape.

a) Non-allocation of land for parking at stations

b) Absence of feeder/evacuation services from metro stations, a state subject

d) No streamlining of routes for alternate modes etc.

Incidentally, all these features are necessary and are recognised by the Metro policy announced by the government of India in August 2017.