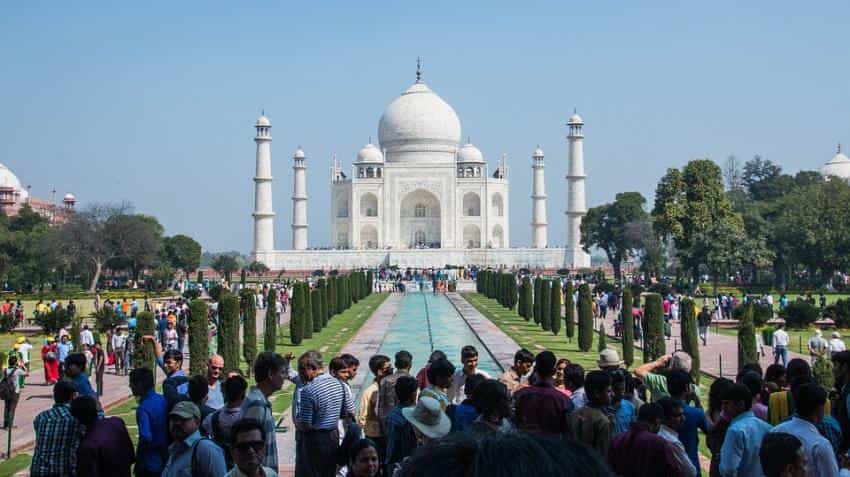 Even though sudden demonetisation drive announced by Prime Minister Narendra Modi on November 8, 2016 was expected to hit tourism sector hard, it hasn't been the case.

“The cash crunch situation had eased by January and travellers coming into India were well aware of the situation on the ground, through the media,” Karan Anand, Head, Relationships, Cox & Kings said.

The tourist arrivals garnered Rs 14,474 crore in foreign exchange earnings from FTAs in that month. The FEE for the previous year was 11,431 crore.

“Close to 90% of the inbound tourists who come to India come through package tour companies. They pay the airfare, tour cost, hotel accommodation, meals and sightseeing options in advance in their home country. The only area where they spend money is buying say a bottle of drinking water or snacks on their way.  This explains the reason why it did not drop significantly,” Anand added.

The government’s justification of increase in FTA and FEE was the number of initiatives it had taken to ease traveller woes.

Anand said, "Foreign tourists are much more comfortable with credit card/debit card transactions unlike an Indian traveller. Many of them also carry Rupee denominated cards once they land in India making transactions seamless.”

Associated Chambers of Commerce and Industry of India (ASSOCHAM) dated December 20 said that popular destinations – Rajasthan, Madhya Pradesh, Uttar Pradesh, Gujarat, Uttarakhand and Kerala barring Goa had reported 65% drop in bookings on the back of demonetisation.

The research paper said that the travel trade reported 40-45% drop in bookings for international tourists.

However the government said, “…the number of e-tickets sold during November 9 to December 8 increase to 28,176 from 2807 during October 9 to November 8 with corresponding amount being Rs 181.49 lakh and Rs 3.10 lakh respectively.”