Whopping 1.8 lakh sq ft! India gets its largest startup ecosystem - All you need to know

Overall the Kerala Government is working for the state to have a total area of 2.3 crore sq ft of IT space (up from 1.3 crore sq ft last year). The opening of the new complex at the Technology Innovation Zone (TIZ) is a major step towards achieving the objective, Vijayan said in his speech at KINFRA Hi Tech Park, Kalamassery. 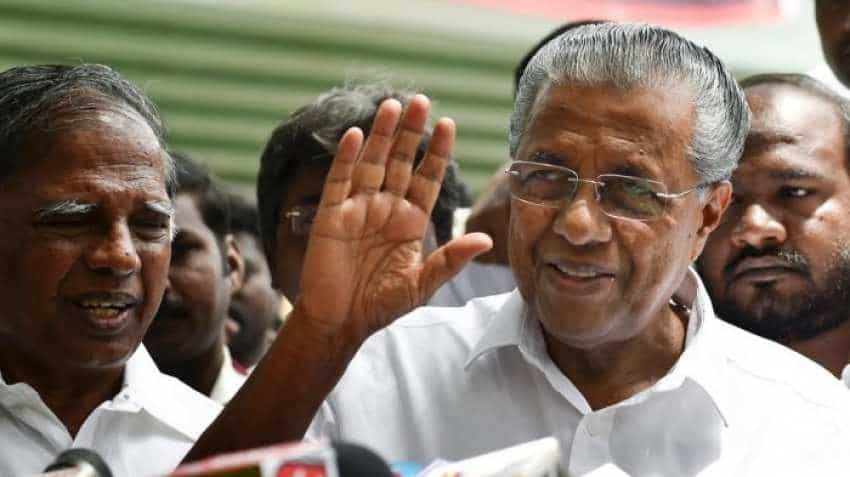 "The campus has another incubator complex coming up and it will be opened early next year," Sivasankar said. PTI

India got its largest startup ecosystem Sunday when Kerala Chief Minister Pinarayi Vijayan inaugurated here a 1.8-lakh-square-feet facility housing incubation set-ups across a string of segments in modern technology. The Integrated Startup Complex under the Kerala Startup Mission (KSUM) includes the ultra modern facilities of Maker Village that promotes hardware startups, the BioNest that promotes medical technologies, BRINC which is the country's first international accelerator for hardware startups; BRIC which aids developing solutions for cancer diagnosis and care, and a Centre of Excellence set up by industry majors such as UNITY.

Overall the Kerala Government is working for the state to have a total area of 2.3 crore sq ft of IT space (up from 1.3 crore sq ft last year). The opening of the new complex at the Technology Innovation Zone (TIZ) is a major step towards achieving the objective, Vijayan said in his speech at KINFRA Hi Tech Park, Kalamassery.

"We are also planning to give direct jobs to 2.5 lakh in IT," he said, adding that the government was working to ensure that information technology fosters social development.

After the completion of three more projects, Kerala will have startup and incubation space of 5 lakh sq ft, which will be the largest of this type in the world.

No less than 30 applications for patent has gone from startups with the 13.5-acre TIZ, the CM noted, lauding it as a sign of the high-quality work in the zone. Simultaneously, Kerala was sensing increasing optimism in boosting software export from the state.

M Sivasankar, secretary, IT (Kerala), pointed out that the entire space at the TIZ facility has been sold out.

"This has never happened in our country, where it usually takes a couple of years for an incubator to get the whole area occupied," he said. "The first three floors of the new complex have been furnished, while the rest of the floors have already got allotted to various startups."

"The campus has another incubator complex coming up and it will be opened early next year," Sivasankar said.

Besides the Maker Villager with its 30-odd startups, the facility has nascent firms working in fields such as biotechnology, computer-aided design, augmented/virtual reality and advanced communication.

Kalamassery MLA Ebrahim Kunju, in his presidential address, said Kerala has been proving to be a superpower in south India in the field of IT and incubation. "We expect more help from the government in its related endeavours," he added.

Ernakulam MP Prof K V Thomas launched BioNest, which is a startup the KSUM has established in association with Rajiv Gandhi Centre for Biotechnology with financial aid from BIRAC, under the union government's Department of Bio Tech.

It has 20 companies involved in deep research in biotechnology and allied fields. The BRIC, which was inaugurated by Kerala Health Minister K K Shailaja, will chiefly work in fighting cancer.

The state has 50,000 additions to its cancer patients every year, the minister noted, adding that the BRIC will work in accordance with a Cancer Strategic Action Plan and funds totalling Rs 350 crore.

Officials pointed out that TIZ was set to become the country's largest Work-Live-Play space exclusively dedicated to startups.

The Maker Village, set up by the IIITM-K in association with KSUM and supported by Ministry of Electronics and Information Technology, houses 65 startups working in electronics hardware technologies.