Following the February numbers, analysts at Motilal Oswal and Care Ratings expected WPI to be around 6.3% for last month of FY17. 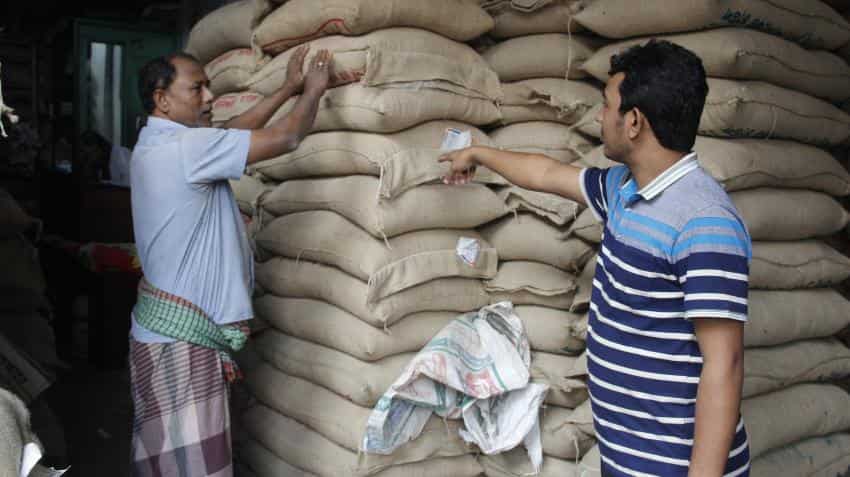 WPI inflation for March 2017 surprised analysts as it decelerated to 5.75% as against 6.55% in the previous month. Photo: IANS
Written By: Pooja Jaiswar
RELATED NEWS

India's Wholesale Price Index (WPI) inflation for March 2017 surprised analysts as it decelerated to 5.75% as against 6.55% in the previous month.

Following the February numbers, analysts at Motilal Oswal and Care Ratings expected WPI to be around 6.3% for last month of FY17.

Pankaj Patel, President, FICCI said, “Commodity prices - crude as well as metal prices - had been edging up putting pressure on wholesale prices over the past few months. However, the WPI based inflation announced today shows a decline from the previous month and this can be attributed to softening of inflation in fuel & power and manufactured goods segments. Further, the recent strengthening of Rupee vis-a-vis the USD will also contribute towards limiting imported inflation".

Almost all fundamentals to measure WPI saw deceleration in March 2017 except food items.

Food articles increased to 3.12% in March versus 2.69% in February and negative 0.15% in January, led by rise in vegetable inflation.

Vegetable prices turned the table to positive at 5.70% in March from negative 8.05% and 32.49% recorded in February and January respectively.

What's ahead for WPI?

Even though commodity prices saw easing in March, the risk is not yet over.

Care Rating said, "We believe that there is an upside risk to the inflation with the increasing global commodity prices and expectation of possible below-normal monsoons. A clearer picture will emerge in July-August.On the other hand, food prices could see a moderation in the coming months with the Rabi harvest coming into the markets."

It added, "WPI inflation will be in the 5% range in the next couple of months even though there is a favourable base effect which will exert downward pressure. Going forward some clues will be provided by the state of the rupee (appreciation has lowered prices of imported goods), and the announcement of MSPs of the kharif crops."

Indian Rupee has appreciated by over 3% in last three months against US dollar as foreign investors continue to become net buyers. On Monday, INR closed at 64.480 down flat against USD.

Patel said, "Food inflation, however, has increased a bit, and this would require greater monitoring in light of the evolving weather conditions. The government is keeping a close tab on the progress made on irrigation projects, cold chain projects etc. and improvement in these areas is likely to yield positive results."

The central bank said, “The main one stems from the uncertainty surrounding the outcome of the south west monsoon in view of the rising probability of an El Niño event around July-August, and its implications for food inflation.”

Also Read: Below normal monsoon may impact your EMIs, economy in more ways than one

Analysts at Kotak Mahindra Banki said, “While global reflation trends continue to point towards an upside risk to the WPI trajectory, recent stability in commodity prices may curb further sharp upside. For FY2018, we expect WPI inflation to average 4.8% as against 3.7% in FY2017."