Who is Porinju Veliyath, the small-cap czar who apologised to investors after this stock crashed 44%? 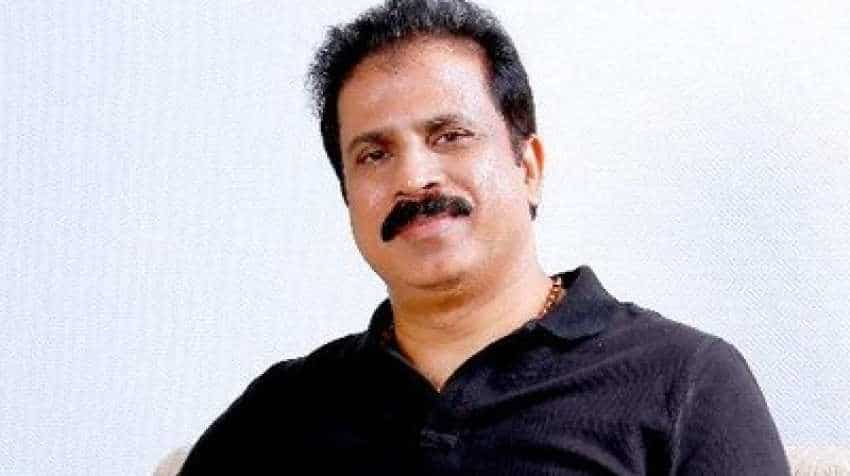 Investing and giving tips in equities is a tough task. One has to be wise enough to deal with transformative changes that are risky and volatile. That applies to everyone, but many receive setbacks. The person who is under the spotlight is Porinju Veliyath. He is the founder of Equity Intelligence and his company’s wealth eroded by a whopping 44% and that too due to just one stock! The impact was such that now Veliyath is apologizing to investors whom he recommended this stock to. It was LEEL Electricals Ltd (formerly Lloyd Electric & Engineering) that has become a massive mistake for Veliyath and he has admitted to his investors that it was a ‘flawed investment’.

A copy of Veliyath’s letter to investors was with IANS, in which he said the damage has already been done through the "flawed investment" and that attempting to liquidate the investment now would only lower the realizable value and won't make any material positive impact to NAVs.

This brings the question to why has LEEL Electricals become the major cause of concern for Veliyath.

How would you feel, if you began an investment in a stock which was almost near Rs 300-level a year ago, and by end of that respective year all you have is no gains but a tragic loss. The emotions would be unexplainable as no one enjoys or stays calm when an investment in equity turns out to be an utter blunder.

This was the case for Veliyath whose company invested heavily in LEEL Electricals since December 2017. The burden further lies with Veliyath as he even recommended this stock to many investors.

In his letter, Veliyath reportedly stated that, he continued to hold the stock amid a sell-off triggered by the company arbitrarily writing back the profit from sale of its Consumer Durable division to Havells in May, 2018 "to the shock of entire minority shareholders", including Equity Intelligence, in the hope of a better exit, eventually given the value in company's operations and assets, illiquidity at the counter and the portfolio's significant holding in the company.

From October 2017 till mid 2018, there were many buy calls on LEEL Electricals.

A tweet from Varindra Bansal, MD of Pantomath Assets in October 2017, called LEEL Electricals as one of the pataka stocks.  Many other news agency recommended LEEL stocks.

During Budget 2018, Veliyath spoke about at length about his own set of top stocks that were likely to be money making magnets, one of which was LEEL Electricals.

#BudgetWithETNOW | #Budget2018 | Here are the top #BudgetPicks by ace investor Porinju Veliyath (@porinju). Keep an eye on these stocks & stay tuned to ET NOW to catch Porinju LIVE with his market analysis of the Big Budget at 10:00 am today! @nikunjdalmia @AyeshaFaridi1 pic.twitter.com/Gpg1w2n1Ke

However, time has changed.

A year ago on January 12, 2018, LEEL Electricals level was at Rs 298.3 per piece, and the stock has even plunged to Rs 44 intraday low today. Hence, this company has dropped by a whopping 85% in just 1 year, making many investors, poorer by massive amounts, including Veliyath.

Also, the year 2019 began in LEEL with directors resigning from the company, which is another cause of concern for investors.

Firstly, it was Anita K. Sharma, Company Secretary & Compliance Officer  of the Company, who tendered her resignation with effect from close of the business hours of December 31, 2018.

Coming to Veliyath, as per Sebi’s data, it was known that, Equity Intelligence continued to hold this stock, meanwhile, its portfolio plunged by nearly 44% by end of 2018. The data showed that, Veliyath’s company first saw a drop of nearly 12% in LEEL during May 2018, the loss extended to another 12.3% in June 2018 and further to 20% in September 2018 and its no mystery to what happened by end of December 2018.

Even Motilal Oswal has included LEEL among top 20 stocks that were wealth destroyers in the year 2018. 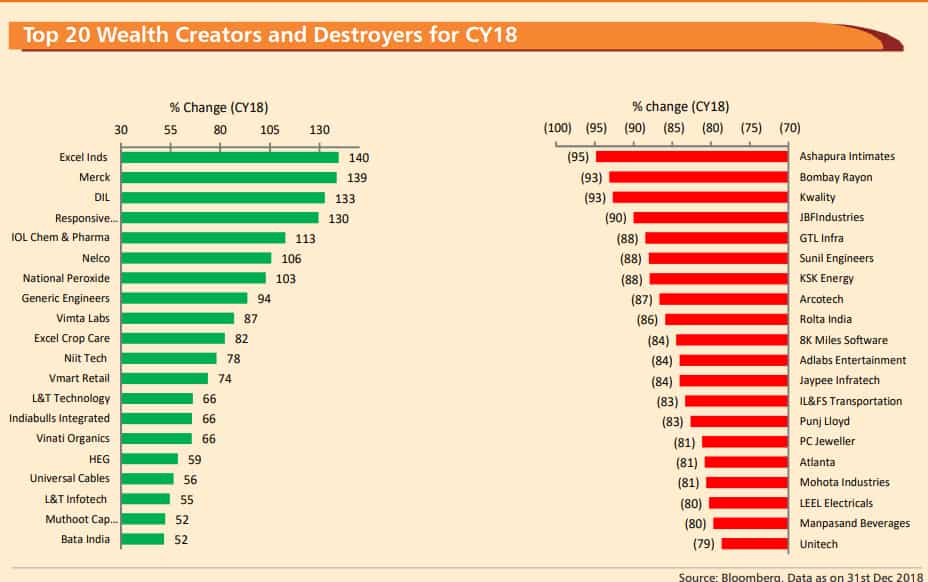 According to TrendLyne.com data, Veliyath began investing in LEEL from December 2017, where his holding stood at just 5.52%. But the year, the optimism was such that the investor raised his holding to 8.19% by end of March 2018. However, after selling few stocks in June 2018 quarter in LEEL, the investor took his holding in the company lower to 7.90%. But in September 2018, when stock markets were in bearish mode, the investor once again bought into LEEL and took his holding up to 8.38%, which is the current investment.

Surely a journey of a midcap stock to penny stock, has became a lesson for many investors who have burned their hands in LEEL.

Porinju has been called a small-cap czar by The Economic Times. Born on June 6, 1962, Porinju has been on board of major companies and is a famous  investor and fund manager. He is also seen among top investors like Rakesh Jhunjhunwala, Dolly Khanna, others.

Later in 2002, Porinju launched his own fund management firm in the name of Equity Intelligence. He is also director of Arya Vaidya Pharmacy, which with Hindustan Unilever Limited (HUL) has created a range of Ayurvedic personal care products under the ‘Lever Ayush’ brand.

His ideas, opinions and views in regards to stock market investments are featured in Value Investing.