WhatsApp alert! Your messages set to be put under scanner; crackdown against fake news soon

The government may entrust powers to law enforcement agencies for asking origin of messages circulating over social messaging platforms including WhatsApp in the new guidelines expected to be finalised in one to two months. 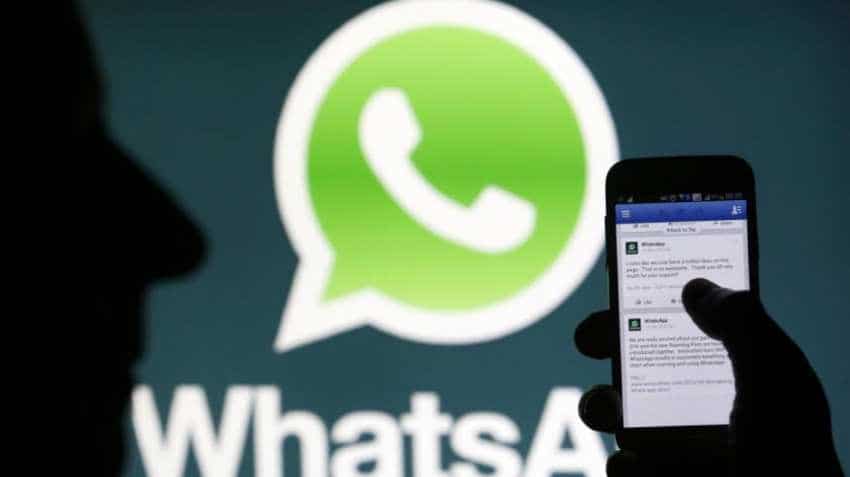 The government may entrust powers to law enforcement agencies for asking origin of messages circulating over social messaging platforms including WhatsApp in the new guidelines expected to be finalised in one to two months. The new guidelines for intermediaries will make social media platforms responsible and accountable for violent/fake messages being circulated through their medium, a senior official from Ministry of Electronics and Information Technology told DNA Money on the condition of anonymity. The messages which have implications of law and order or security issues will only be considered.

“We are not asking for each and every message to be traced. Messages which will create law and order problems or have serious ramifications in forming an opinion through fake news need to be traced, and that too, will be done through a proper procedure of an authorised official from agencies. All this will be prescribed in the guidelines,” the official said.

“Traceability doesn’t mean breaking encryption or privacy of users. We are cognisant of the fact that privacy is of utmost importance. But here the issue is of fake news/rumours circulation and security aspects,” the official added.

Simultaneously, the ministry plans to write to WhatsApp to continue the engagement with them, till final guidelines are out. In the last response, WhatsApp had expressed its inability to give origin of messages citing encryption issues.

A technological solution is required for this, another official privy to the issue said. The guidelines, once finalised, will be a part of Section 79 of the Information Technology (IT) Act. They have been near completion and will be sent for legal vetting soon before a final approval.

The tussle between the government and messaging app over the issue of fake news has prompted the ministry to take this route since the company’s response has not been forthcoming.

WhatsApp has taken measures such as limiting forwarded messages, addition of a forward label to messages, a radio campaign to spread awareness  and tie-up with Digital Empowerment Foundation. But the government is not satisfied with the company’s response and has asked for a grievance officer to be present in India with a technological solution for tracing messages.

On August 27, the Supreme Court issued notices to WhatsApp and Indian authorities, seeking their responses over a petition questioning the way WhatsApp operates in India and its plan of launching a payments platform with no physical presence in the country. The notices have been issued to the ministries of law, home affairs, electronics and IT, finance and the Telecom Regulatory Authority of India (Trai), along with the US company.

In India, WhatsApp has a user base of over 200 million out of a total of 1.5 billion users globally and is one of the fastest growing markets for the company.  According to experts, the current guidelines also ask social media firms to ensure adequate due diligence of the content on their platforms, their implementation is not up to the mark as there are no provisions of penalty or punishment.

The issue has a precedent as well. Many years back, the government had asked Research in Motion’s BlackBerry to give an encryption key for its messenger services for security reasons. BlackBerry had fallen in line, though partially.

Talking about the whole issue, Faisal Kawoosa, an expert, says, “At the end of the day it’s only a medium (WhatsApp). The nature of the medium is such that its reach and spread is very instant, thus making any info shared viral in a matter of seconds. But the fundamental issue is why do people get into this habit. To make people really accountable, may be Whatsapp can come with a digital tag to all messages being forwarded, where the name/number of any such principal creator of the content is sort of stamped along. This would help in knowing the origin of any such forwarding messages, etc.”
For example, if I create a content and then forward it to someone, it should somewhere automatically add ‘Created by <  Name#$$<  #Number  >’ and say you forward the same message, it should carry ‘Forwarded by <  Name#$$<  #Number  > & Created by <  Name#$$<  #Number  >.

“So there are ways of addressing this issue at the platform level. But, I would wish that we address this behaviourial issue rather than finding faults in the technology.” he said.

THE VIRAL FEVER
• Enforcement agencies to be given powers to ask for origin of messages from social media platforms
• Grievance officer to be based in India
• New guidelines for intermediaries to be out by Sep-Oct, draft ready
• Guidelines to be part of Section 79 of IT Act
• Legal opinion to be sought before finalising new guidelines
WhatsApp in line of fire since lynching incidents over fake news/rumours

A MAMMOTH EXERCISE
1.5 bn WhatsApp users globally
Over 200mn Users in India
1-2 months: It will take for the guidelines to be finalise