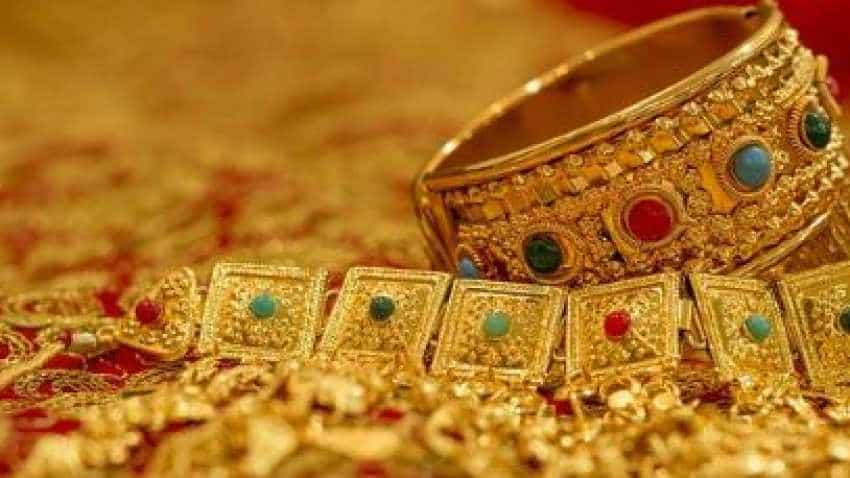 On account of weaker US dollar on expectations that the US Federal Reserve might apply brakes on its monetary tightening cycle in 2019, although an improved risk appetite limited gains for the safe haven metal gold prices have shown bullish trend on Monday. Spot palladium, which broke through $1,300 on Friday to hit its highest on record at $1,310 per ounce, was still trading at a slight premium to gold. Spot gold was up 0.3 percent at $1,288.65 per ounce as of 0525 GMT. U.S. gold futures gained 0.4 percent to $1,290.70 per ounce.

"The dollar is weak, aiding gold. Also, Jerome Powell`s views on Friday about the future of interest rate hikes is a bullish factor for gold," said Yuichi Ikemizu, Tokyo branch manager, ICBC Standard Bank. Fed chairman Jerome Powell said on Friday that he was aware of the risks related to an economic slowdown and would be patient and flexible in policy decisions this year.

Investors had expected the Fed to stay on its tightening path after three hikes last year, but the ongoing trade dispute and recent disappointing corporate earnings have put those expectations to rest.

The bullion is highly sensitive to rising interest rates, which lift the opportunity cost of holding non-yielding bullion. Meanwhile, the dollar index, which tracks the U.S. currency against six major peers, fell 0.2 percent.

"Given the state of sentiment in overall investment circles, it does appear that the key factor here is a weaker U.S. dollar," said Michael McCarthy, chief strategist at CMC Markets and Stockbroking.

"The markets will be focusing on Fed`s comments ... If the dollar continues to weaken, we could see continued support for gold prices." A relief rally in Asian equities triggered by the Fed`s dovish stance and strong U.S. jobs data limited the yellow metal`s upward momentum.

An upbeat U.S. non-farm payrolls report on Friday showed 312,000 net new jobs were created in December, pointing to sustained strength in the economy that could ease fears of a sharp slowdown in growth.

Markets will now be looking towards trade negotiations between Washington and Beijing, starting later today.

Indicating investor appetite for gold, holdings in the SPDR Gold Trust, the world`s largest gold-backed exchange-traded fund, rose 0.37 percent to 798.25 on Thursday. Among other precious metals, palladium edged up 0.3 percent to $1,304.50 per ounce.