Want to push the envelope as a storyteller: Neeraj Pandey on his films, 'Special Ops' By Bedika

Filmmaker Neeraj Pandey decided to come up with an "in between" season of his popular web series "Special Ops" as he was keen to explore the back story of protagonist Himmat Singh despite it being a time-consuming and expensive process. 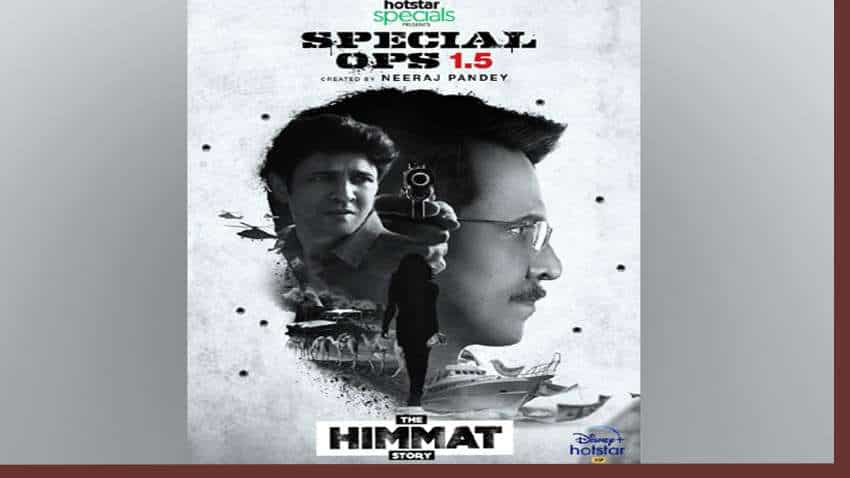 Filmmaker Neeraj Pandey decided to come up with an "in between" season of his popular web series "Special Ops". Source: ANI

Filmmaker Neeraj Pandey decided to come up with an "in between" season of his popular web series "Special Ops" as he was keen to explore the back story of protagonist Himmat Singh despite it being a time-consuming and expensive process. The result is "Special Ops 1.5", a show with three episodes of 45 to 50 minutes to fill the gap between the first and the second season, which will arrive in 2022.

The 47-year-old director said he was one of the first artistes from Bollywood to foray into the digital space as he was always interested in exploring newer ways of storytelling.

"I look at myself primarily as a storyteller. Once you have that belief, it becomes easier for you to determine how you want to tell your story. We lean towards newer things, newer ways of presenting our content.

"Whether we succeed or fail is immaterial, but we want to keep on pushing the envelope and I hope that this does not stop at any juncture of my career," Pandey told PTI.

"Special Ops", created and directed by Pandey, with Shivam Nair as co-director, featured Kay Kay Menon as Himmat Singh, a member of Research and Analysis Wing (RAW), who forms a team of five agents to track down the mastermind behind the terror attacks in India.

Pandey, who recently released the poster of the new season, said Menon was elated with the prospect of exploring the formative years of his character.

The director said they had briefly explored the idea in the first episode of the series and it had turned out well, encouraging them to explore it further.

"It's time consuming and expensive... When the offer came to take the story forward, we felt that instead of doing that traditional template of season two, we should try and take a different route to the whole thing and create a universe where we get to know a lot more about protagonist Himmat Singh, something that would be tricky in a normal season format," he said.

Pandey said he thought it was a "more prudent" decision to wait for the right time to begin work on a full-scale season, something that would not have been possible amid the coronavirus pandemic.

"1.5 approach also helped us because it is just three episodes. It does help us in keeping the curiosity about the characters involved going and bridge the gap between season one and two," he added.

It is not for the first time that Pandey, known for his films such as "A Wednesday", "Special 26", "Baby" and "Aiyaary", has explored the back story of a character. He has previously made the spin-off "Naam Shabana" (2017), based on Taapsee Pannu's character from "Baby", the 2015 action thriller.

"Special Ops", a streaming success which released in March 2020, was Pandey's first web series that he presented and directed via Friday Storytellers, the digital arm of his production company Friday Filmworks.

His filmography gives the impression that the director is particularly fascinated with stories relating to national security and espionage.

But he believes it is more to do with the people, rather than the genre.

"Certain people, certain personality types and individuals have always attracted me by the way they think, how they go about executing their plans... It is more to do with the individuals rather than the whole genre per say.

"Most of these individuals belong to this field of work, maybe that's why it would come across as a genre liking for me. But essentially I'm more attracted to people and how they go about doing their jobs," he said.

Pandey is meanwhile looking forward to directing period drama "Chanakya" with Ajay Devgn in the lead. The filmmaker said the team hopes to start filming by the end of this year.

"'Chanakya' goes on floors by the end of this year provided everything is in recovery mode as it seems now... It is an out-and-out period piece... We are just about to get into the shooting of 1.5 and get in the prep for 'Chanakya'," he said.