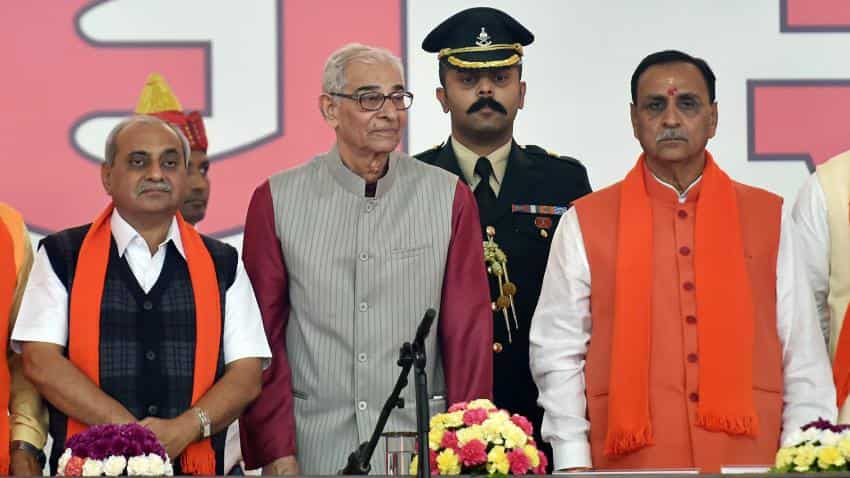 No confusion now! Will lockdown be imposed again in this state? CM clears the air

Vijay Rupani was today sworn in as the chief minister of Gujarat for the second consecutive term after the BJP won the recently-held Assembly elections in the state.Rupani, 61, and his deputy Nitin Patel were administered the oath of office and secrecy by Governor O P Kohli at a grand ceremony in Gandhinagar.Prime Minister Narendra Modi, BJP president Amit Shah and chief ministers of various BJP-ruled states attended the ceremony.Before the swearing-in ceremony, Rupani, sporting an orange-coloured jacket, and Patel greeted the chief ministers of BJP-ruled states who came to attend the ceremony.Rupani and his wife also offered prayers at the Panchdev Mahadev temple here before the swearing-in ceremony.With 99 MLAs, the BJP has a simple majority in the 182-member Assembly, 16 less than its 2012 tally of 115.The opposition Congress, which had won 61 seats in 2012, managed to increase its tally to 77. The strength of the Congress and its allies in the new House is 80.Rupani and Nitin Patel were elected as the leader and deputy leader, respectively, of the BJP legislature party at its meeting on December 22.

No confusion now! Will lockdown be imposed again in this state? CM clears the air