Vijay Mallya on Wednesday failed to convince a UK High Court to dismiss an order related to money in one of his London bank accounts. 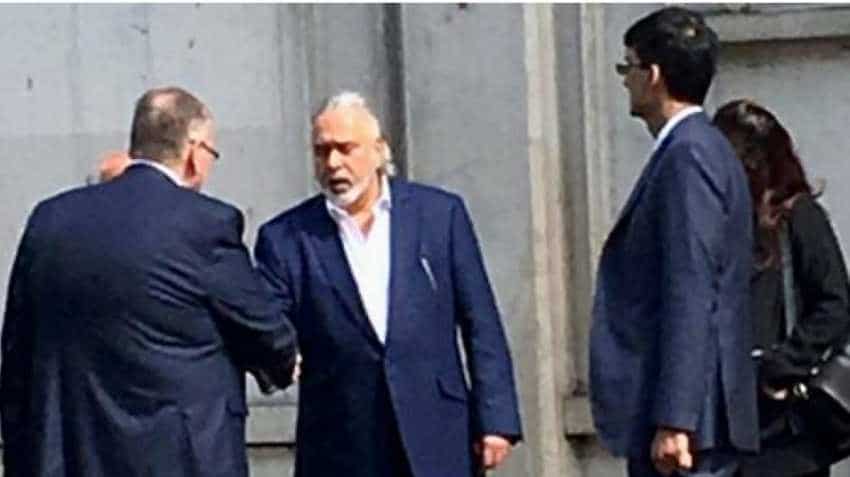 Vijay Mallya on Wednesday failed to convince a UK High Court to dismiss an order related to money in one of his London bank accounts, dealing a blow to the embattled liquor tycoon's efforts to prevent a consortium of Indian banks getting access to nearly 260,000 pounds. In one of the many legal cases being faced by the 63-year-old liquor tycoon in the UK, Master David Cook ruled that an interim debt order in favour of SBI and other banks seeking access to funds in the ICICI UK bank account "should remain in force" but that the application to make it final should be adjourned until after the hearing of Mallya's pending bankruptcy petition. The funds in the account will meanwhile remain frozen as part of the worldwide freezing order in favour of the Indian banks last year.

Mallya's lawyers had argued for the dismissal of the interim order on a number of grounds, including a claim that it was a "deliberate ploy" to prevent Mallya "reasonable" living expenses. "I reject the proposition that the application for a TPDO (third party debt order) was a deliberate ploy to thwart Dr Mallya's ability to meet his ordinary living expenses and reasonable legal expenses which are permitted under the terms of the WWFO (worldwide freezing order)," Master Cook notes in his judgment. "The relevant context here is that Dr Mallya is in a post-judgment scenario where the Claimants (Indian banks) are attempting to enforce their judgment and discover the true extent of his assets. I note that Dr Mallya has made no voluntary payment to date? while continuing to incur substantial legal costs in opposing the Claimants' efforts to enforce their judgment," he said.

The case revolves around 258,559.79 pounds held in a bank account with the ICICI UK, which is named as a third party in the High Court case. It is among one of many orders pursued by TLT LLP, the law firm acting for the Indian banks, as part of efforts to recoup some of the 1.142 billion pounds owed to them arising from proceedings in the Bangalore Debt Recovery Tribunal (DRT) against Kingfisher Airlines and others.

The DRT case was registered in the UK under the Foreign Judgments (Reciprocal Enforcement) Act 1933 and went in favour of the Indian banks in an appeal in May 2018.
The banks have since also filed a bankruptcy petition against Mallya in the UK courts, which is being challenged by the former Kingfisher Airlines boss and is expected to come up for hearing around December this year.

Meanwhile, in yet another legal intervention, Mallya is seeking a stay of all enforcement proceedings which have been commenced since the presentation of the bankruptcy petition by the Indian banks in September last year, a hearing of which is expected next month.

Mallya, meanwhile, remains on bail after his extradition was signed off by UK home secretary Sajid Javid in February and is seeking leave to appeal against that order in the High Court as well.