The US Federal Reserve on Wednesday raised its benchmark interest rates for the third time since December. 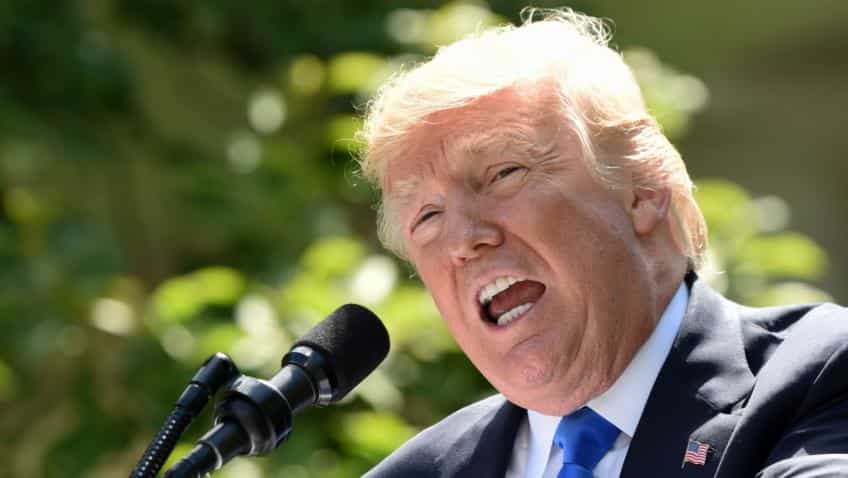 The US Federal Reserve on Wednesday raised its benchmark interest rates for the third time since December and unveiled plans to start trimming its balance sheet, even as news of the Fed`s relatively hawkish stance provoked caution in early trading in the Indian equity markets, which were trading flat on Thursday morning.

"In view of realised and expected labour market conditions and inflation, the FOMC (Federal Open Market Committee) decided to raise the target range for the federal funds rate to 1 to 1.25 per cent," the American central bank said in a statement after concluding its two-day monetary policy meeting. This rate is a 25 basis points increase over the current one of 0.91 per cent.

People woke up to the news in Mumbai, while the Sensitive Index (Sensex) of the Bombay Stock Exchange, which had closed at 31,155 was trading lower at mid-day on Thursday at 31,125 points.

Expressing confidence that the US economy is recovering, the Federal Reserve said America`s labour market has "continued to strengthen" and economic activity has been "rising moderately" so far this year.

Employment gains have been moderate but solid, on average, since the beginning of the year, and the unemployment rate has declined. Household spending has picked up in recent months, and fixed investment by business has continued to expand.

The statement also said inflation "has declined recently" and in the next 12 months "is expected to remain somewhat below 2 per cent in the near term".

The Bank also outlined its plan of reducing its balance sheet, which it expanded by buying bonds and other securities in order to tackle the housing crisis leading up to the great US financial meltdown in 2008. The plan would involve halting reinvestments of the growing amounts of maturing securities.

As per data made available, the previous rate hike by the US central bank in May had a 0.77 per cent upward impact on the BSE Sensex, while the decision to hold rates in March was impacted by 0.64 per cent.

However recent US rate hikes have belied fears of capital outflows from India, with foreign funds continuing to pump in huge liquidity into the stock market.

Riding on ample liquidity and confidence of the global fund managers, India`s market capitalisation has crossed a massive $2 trillion. In fact, such volumes have also provoked calls for caution in handling inflows.