Given the negative balance on Petro account, CARE stated that higher prices of crude oil will increase the trade deficit and put pressure on the rupee. 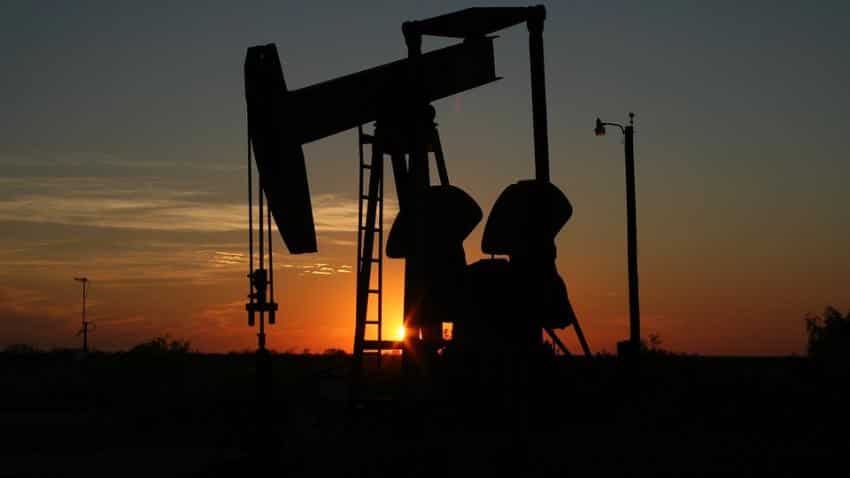 Global crude oil prices reach over three-year high as the brent crude and US West Texas Intermediate (WTI) on Wednesday took a massive jump. The uptrend is likely to have a major impact on India's fiscal position.

Care Ratings, which earlier explained how does higher crude prices effect India, stated that the government is impacted by crude oil prices in two ways.

During last fiscal (FY17), about Rs 4.4 lakh crore was generated by government via several taxes and levies with the Centre accounting for 62% of the total. 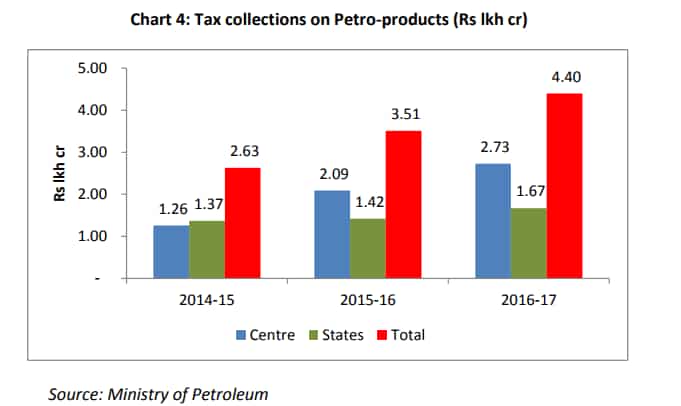 Also in FY17, the Centre's 89% of total came from excise duties and the balance from crude oil cess and customs. Union excise collection on oil products stood at Rs 2.42 lakh crore out of the total Rs 3.87 lakh crore collections under the heading of the Central government.

Care said, “Quite clearly this group of products is very important for the government for raising revenue. Presently it appears that the government would rather not lower the tax rates as it would impact revenue collections.”

Effort has been made to lower this number by restricting the products that are to be subsidized as well as target them more effectively, Care added.

Given the negative balance on petro account, CARE stated that higher prices of crude oil will increase the trade deficit and put pressure on the rupee.

India`s trade deficit has already widened to nearly three-year high in October 2017 to $14.02 billion last month from $8.98 billion in September. This was because export growth contracted for the first time after more than a year.

Crude oil and its products also have a weight of 10.4% in the WPI. Any increase in the price of crude oil would impact the WPI inflation number commensurately.

It may be noted that US WTI today touched a day's high of $63.56 per barrel and the Brent crude futures were trading higher than $69 per barrel.

US crude prices have been inching up since June 2017, and in first week of January 2018, they reached to the level where they stood on December 2014.

There was 32% rise recorded in Brent crude in second half of FY17, which took it already two-year higher around $65 per barrel.

A Reuters report stated that price extended gains in post-settlement trade after industry group the American Petroleum Institute said crude inventories fell by 11.2 million barrels in the week to January 5 to 416.6 million, compared with analysts’ expectations for a decrease of 3.9 million barrels.

Last month has rather been eventful for crude oil markets from a supply perspective, according to Antique Stock Broking, for a list of reasons.

While markets were still dealing with above disruption the Libyan pipeline carrying El Sider crude, suffered an explosion resulting in a 12% drop in crude Libya supply, Antique added.

The higher performance of crude is further expected in 2018.

Vikash Kumar Jain, analysts at CLSA, said, "We see strong crude prices throughout 2018 as Saudi Arabia aims to keep prices robust ahead of Saudi Aramco’s pending mega IPO and continued Opec discipline that offsets the effect from increased supplies from the USA."