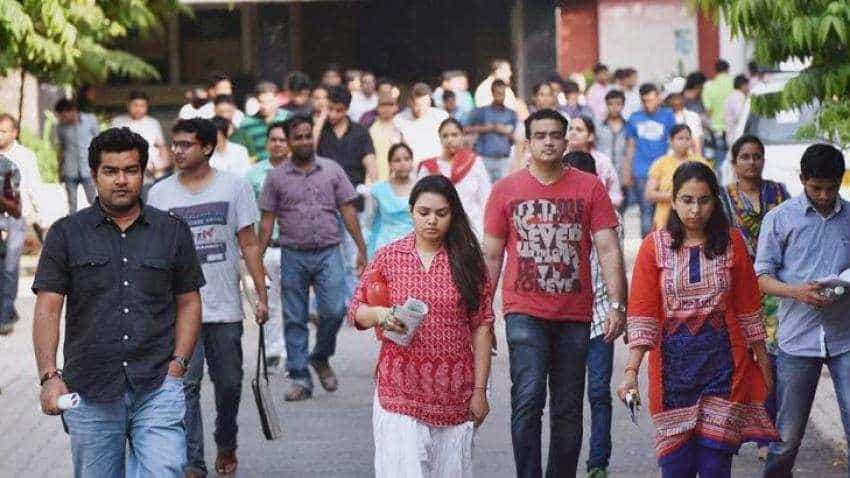 UPSC recruitment 2019: 30 posts available at upsc.gov.in; here is how to apply

UPSC civil services prelims exam 2019: Several lawmakers on Thursday expressed solidarity with UPSC aspirants demanding one more attempt to crack the civil services exam claiming they were affected by abrupt changes in rules between 2011 and 2015.

Cutting across party lines, the members of Parliament said it was harsh on the part of the government to deny the aspirants one more chance to appear in the exam. Around 100 UPSC aspirants on Wednesday held a protest at Parliament Street in Delhi, seeking compensatory attempts irrespective of their age or category.

In 2011, the Union Public Service Commission introduced CSAT, which set off an outrage among students from Hindi and humanities background as they felt that it would affect those who were not from English, Maths and Science backgrounds.

CPI(M) general secretary Sitaram Yechury, who led MPs in expressing solidarity with aspirants affected by the changes, said they have raised the issue several times and written to the government but the response has been "callous".

He said UPSC rules were changed in the past too ? in 1979 and in 1992 ? and on both the occasions, aspirants affected by the changes were allowed to appear for the exam held under the new rules. "I think this is inhuman because these youngsters are the future of our country.

If these youngsters are denied the opportunity then you are having an elitist bias and promoting regional imbalances. We want the government to reconsider this and give these aspirants another chance," Yechury said.

CPI leader D Raja claimed institutions such as UPSC and UGC are being undermined by the government. "We are here to express solidarity with their demands and campaign... The government's attitude remains very insensitive.

This government talks about cooperative federalism but there is neither cooperation nor federalism. I urge the government to reconsider its decision," he said. He also proposed that the students should submit a fresh memorandum to the minister concerned and the prime minister.

Rashtriya Janata Dal leader Manoj Jha, DMK leader T K S Elangovan and Congress leader B K Hariprasad also expressed solidarity with the demands of the UPSC aspirants and said they should be given another chance.

One of the aspirants, Pradeep, said students were hit by the sudden changes by the UPSC in the exam pattern between 2011 and 2015. Arun S Nigavekar Committee set up by the the Commission and UPSC's own annual report have highlighted that "due to CSAT, selection of students from regional languages and from humanities background has declined during 2011-2014", he said.

The CSAT paper was competitive in nature during the 2011-14 period. "In 2015, UPSC made the CSAT qualifying in nature. Because of these frequent changes in exam pattern and discriminatory nature of CSAT we lost many precious attempts to appear in the exam during this period. We demand due justice from the government.

We are not asking for any job, rather we want a chance to compete," he said. Students who appeared between 2011 and 2014 demand they be compensated with one more chance as they lost out because of the changes.

UPSC recruitment 2019: 30 posts available at upsc.gov.in; here is how to apply