Unemployment? What? This Modi government scheme generated over 6 crore jobs 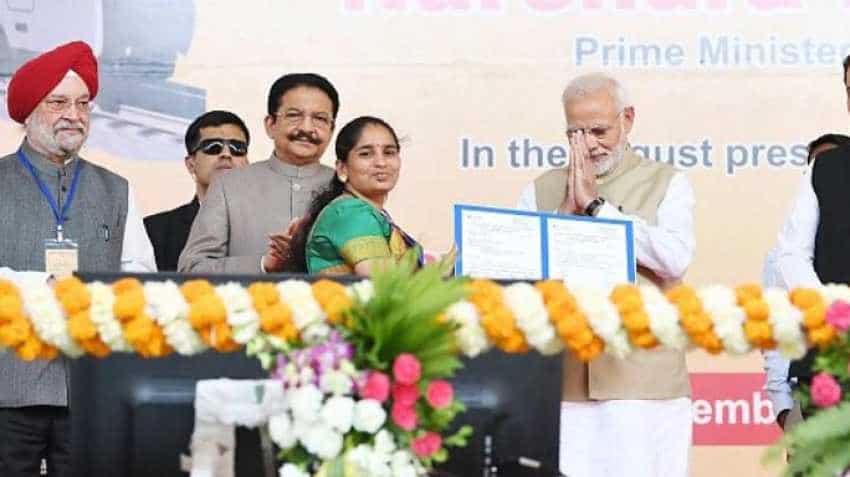 According to an official figure, till December 12, a total 65,43,970 houses have been approved for construction under the PMAY(U) across the country.
Written By: PTI
RELATED NEWS

Prime Minister Narendra Modi's flagship Pradhan Mantri Awas Yojana (Urban) is believed to have generated employment for over six crore people in the country, the government told Lok Sabha on Tuesday.  Union Minister Hardeep Singh Puri said as per the 2014 study report of the National Council of Applied Economic Research (NCAER), for every Rs 1 lakh invested in the housing sector, 2.65 new jobs are created in the economy.

"On this basis, it is estimated that a total of 6.07 crore employment might have so far been generated through implementation of the PMAY (U) across the country," the housing and urban affairs minister said in a written response to a question.

The ministry said it refers to the number of jobs created irrespective of duration. The PMAY (U), launched by Prime Minister Narendra Modi in June 2015, aims to ensure "Housing for all by 2022" by providing financial assistance to a beneficiary.

The government has set a target of one crore houses to be constructed in urban areas across the country over a period of seven years -- 2015 to 2022.

According to an official figure, till December 12, a total 65,43,970 houses have been approved for construction under the PMAY(U) across the country.