The government is working to refurbish the Mumbai Port on lines of an international cruise terminal, complete with restaurants, retail space and leisure and a capacity to handle 7,00,000 passengers. There are also plans to modernise the ports of Goa, Mangalore, Kochi and Chennai as international cruise hubs. 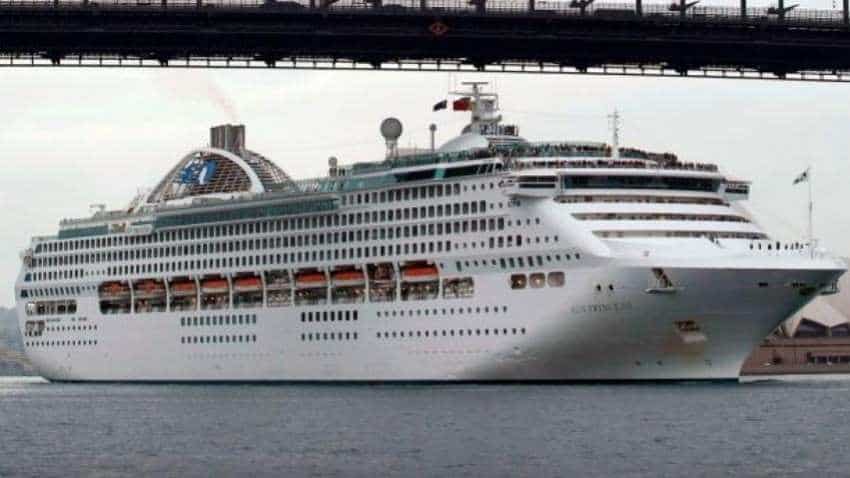 Love to travel? Beware! Do not make this big money mistake

From buses, trains and planes, would middle-class travel aficionados now seek out cruises as a frequent mode of transportation or leisure option? “Quite likely,” say travel experts. The recent thrust on cruising by both the government and private cruise owners is expected to spike cruise demand for domestic and international destinations. The Mumbai-Goa cruise ship Angriya was launched recently with fares starting at Rs 7,000 per head.

The government is working to refurbish the Mumbai Port on lines of an international cruise terminal, complete with restaurants, retail space and leisure and a capacity to handle 7,00,000 passengers. There are also plans to modernise the ports of Goa, Mangalore, Kochi and Chennai as international cruise hubs.

Experts say the way air travel evolved from a privilege only for the rich, to an option for all travellers, cruising will also see such reflection. “In a bid to attract more tourists, several cruises are offering one-day itineraries starting from as little as Rs 3,000,” says Karan Anand, head-relationships, Cox & Kings.

Experts state that cruises that sail from Mumbai and Kochi to Dubai are now priced at Rs 8,500 per person per night at an all-inclusive rate for an interior cabin, while those travelling from Mumbai to Male (Maldives) could cost Rs 54,000 per head for a duration of seven nights.

Cruises on a purely international route in South East Asia, Hong Kong and Vietnam could start from Rs 18,000 per head, per night; while ships cruising the Caribbean islands could be upwards of Rs 80,000 per head. “Similar to air travel, cruising now includes a variety of ships, a variety of domestic and international routes and multiple price ranges to suit all budgets,” an expert said.

Varun Chadha, COO at Tirun, which is the India representative for Royal Caribbean Cruises says, “While there are brands to suit every pocket, there are various price points catering to various aspirations. One could pay $150 per person to cruise the Caribbean from an ocean-view room or pay $500 for a suite. Having said this, almost all onboard activities and facilities are accessible to each. Hence cruising offers great value.”

According to Chadha, on an average, a cruise vacation could save approximately 30% versus a land-based programme, “due to its all-inclusive nature. On a cruise vacation, besides a luxury accommodation, you get meals, select beverages, entertainment, onboard activities, and even complimentary shore excursions.”

Sethi feels cruising is also becoming popular due to a host of other reasons such as travellers moving beyond a constrained budget vacation idea to embracing newer experiences. Moreover, last-minute sales, discount cruise deals, cruise line promotions have contributed substantially to the rising popularity of a cruise holiday, says Anand. “River cruising is also taking off for its affordability and flexibility.’’

Singapore based cruise companies have reported that 1,27,000 Indian travellers sailed on luxury liners last year, up by 25% from 2016. Meanwhile, within India, the government plans to increase cruise traffic to 700 vessels annually, with almost 80% being handled from the Mumbai Port. A cruise tourism study by Ernst &Young and Bermelo & Ajamil says about 40 lakh cruise passengers will visit India in the near future.

“The government is playing a role in recognising cruising as an economic multiplier and playing catch up with the rest of the world in terms of policies and infrastructure. Once we see the advent of homeporting, cruising will become more accessible as it would eliminate the need to fly to various destinations,” says Chadha.

Love to travel? Beware! Do not make this big money mistake