Trade war: India operating below potential; here is why

At a time when India is at a take-off stage to sustain a high 8% economic growth for a decade or two, the era of trade as an engine of growth as prescribed by the World Trade Organisation (WTO) seems to be at crossroads. This implicit warning came from the United Nations Conference on Trade and Development (Unctad). 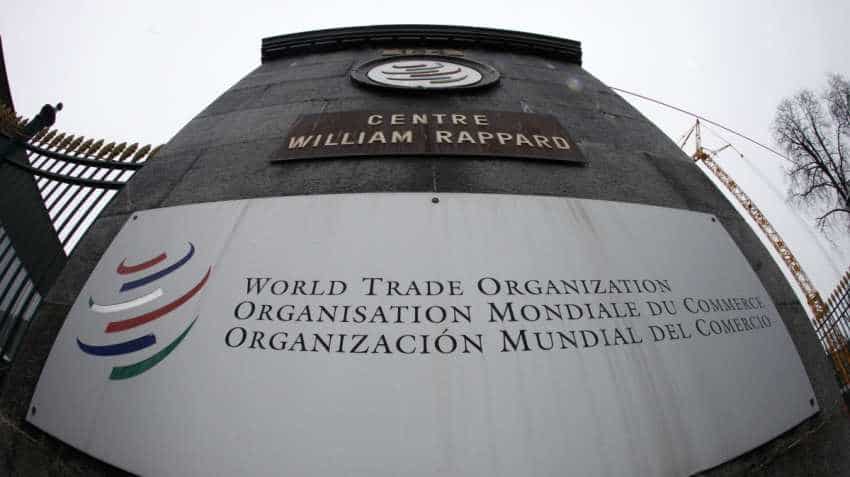 At a time when India is at a take-off stage to sustain a high 8% economic growth for a decade or two, the era of trade as an engine of growth as prescribed by the World Trade Organisation (WTO) seems to be at crossroads. This implicit warning came from the United Nations Conference on Trade and Development (Unctad).

Its latest 2018 Trade and Development report said in the absence of a strong global demand, trade is unlikely to act as an independent engine of global growth. A sharp escalation of tariffs and heightened talk of a trade war will only add to the underlying weakness in the global economy, the report said adding many countries including India are operating below potential.

“The world economy is again under stress, said Mukhisa Kituyi, Unctad secretary-general. Immediate pressures are building around escalating tariffs and volatile financial flows that are threatening global stability. The paradox of 21st-century globalisation is that ? despite an endless stream of talk about its flexibility, efficiency and competitiveness—advanced and developing economies are becoming increasingly brittle, sluggish and fractured, the Unctad report said.

There are opinions emerging among top economists that post-second world war multilateral system is now an artefact of a bygone era. The new world order that is currently emerging will be defined less by shared principles, and more by the whims of individual leaders and governments. The ties that bind countries together will not be fully severed, nor will they create the conditions for true multilateralism, which meant there are possibilities of more trade wars, world’s opinion maker Project Syndicate said in one of its articles.

Unctad feared financial chicanery is back in the economic driving seat and political systems are drained of trust and this was happening when inequality was widening. The WTC, too, has cut the outlook for global commerce through 2019 and warned that tension between major trading partners increasingly threatens economic growth.

“Rising trade tensions pose the biggest risk to the forecast, but monetary policy tightening and associated financial volatility could also destabilise trade and output,” WTO director-general Roberto Azevedo said in a statement “More than ever, it is critical for governments to work through their differences and show restraint,” Azevedo said adding a full-blown global trade war would knock around 17% off global trade growth, and 1.9% off GDP growth.

WTO’s 2001 Doha development round of trade negotiations still in a limbo indicated all is not well in promoting trade as a major source of economic development. The major stumbling blocks to negotiations are the US and European Union. FIEO director general Ajay Sahai told DNA Money that “globalisation and multilateralism are certainly under threat now.”

The impact of trade on growth will vary depending on how much it is dependent on exports. In India, the impact will be less because its growth is less export-oriented. Globalisation detractors say the free trade was creating serious imbalances. They should know that the problem is not free trade but the emergence of few companies becoming monopolies.

Unctad’s research also shows, for both developed and developing countries, integration into global value chains correlates with declining shares of domestic value added in exports. Also, the share of actual production in domestic value added has declined. Free trade is one of oldest policy prescription for rapid growth right from the days of classical economist Adam Smith.

Even since WTO came into existence in particular free trade arguments have been championed more vigorously by the majority of global institutions, IMF, World Bank, WTO, OECD and so on. Rapid economic growth was also witnessed by export-oriented economies in Asia like Japan in 1950, South Korea in the 1960s and 1970s, then Asian tigers, and China in 1990s and 2000s.

India too witnessed rapid growth for 4-5 years because of trade. Though there are trade wars and increasing protectionism among advanced economies, some countries like India could still benefit from the trade.