This stock to save Rakesh Jhunjhunwala year? Big money magnet, better than even PPF, FDs, NPS; do you hold it?

VIP Industries Ltd has more than 8000 retail outlets across India and with a network of over 1300 retailers across 27 countries. With a product range, which includes Injection Moulded PP Cases and Furniture, Vacuum formed PC and ABS cases and Soft sided luggage in Nylon, Polyester and EVA material, VIP Industries Ltd has several innovations in product design and technology. 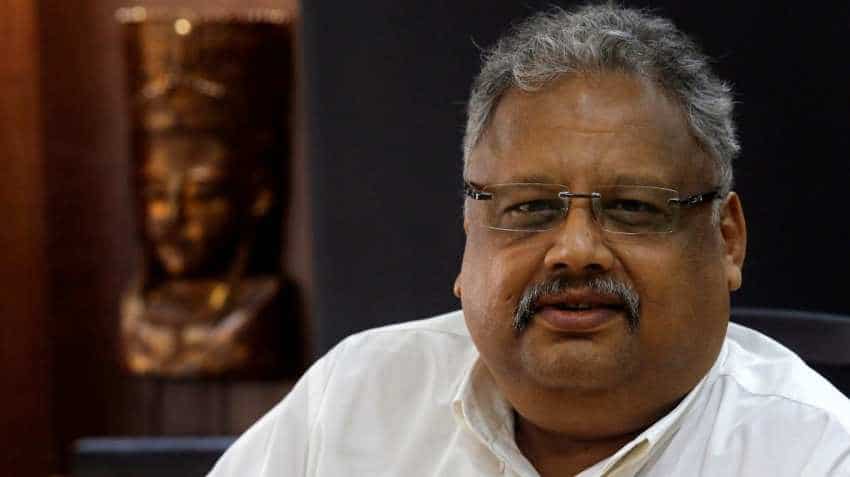 Rakesh Jhunjhunwala focuses on this point more than others and like everyone else, this ace investor too loves his hard earned money. Image source: Reuters
Written By: Pooja Jaiswar
RELATED NEWS

Losing and gaining is all a part of the trading cycle. To emerge on the top however, you have to hold the right stock at the right time. The Indian market is vast and there is a whole universe of companies available for trading, but the key lies in picking the right one that focuses on quality and maintains it for decades. Without a doubt, Rakesh Jhunjhunwala focuses on this point more than others and like everyone else, this ace investor too loves his hard earned money. He is a massive success and is looking for more, but this year, the big bull of Dalal Street did not see a very fruitful 2018. And with barely days left for the next year to dawn, the ace investor is probably looking at having to book some losses.  Interestingly, there is one stock that is still repaying Jhunjhunwala faith as it is the biggest gainer in his entire holdings and that too by a heavy margin and this will go a long way in alleviating some of the losses suffered by him. And you, the investor, should eye it positively too.

This stock is VIP Industries, which has gained the most for Jhunjhunwala and made him richer by a heavy amount.

VIP Industries, which is situated in Maharashtra, is a luggage maker - considered as the the world's second largest and Asia’s largest. The very first VIP Suitcase was manufactured in the year 1971. Since then, VIP Industries has sold over 60 million pieces of luggage to people around the world and has subsequently, become the foremost manufacturer of hard and soft luggage in Asia. The goal it has set for itself is noteworthy indeed - 'to make travelling simple'. The fact that Jhunjhunwala has put his faith in this stock, speaks volumes about its achievements.

VIP Industries Ltd has more than 8000 retail outlets across India and with a network of over 1300 retailers across 27 countries. With a product range, which includes Injection Moulded PP Cases and Furniture, Vacuum formed PC and ABS cases and Soft sided luggage in Nylon, Polyester and EVA material, VIP Industries Ltd has several innovations in product design and technology.

How large has VIP Industries made it?

While many stocks crumbled on benchmark indices during September to October 2018 month, the loss in VIP Industries was not that steep.

In fact, in a year, the company has more than doubled, making investors rich by a massive 125.35%, if we compare its new highs and lows.

Today on stock exchanges, the company is trading at Rs 508.65 down by Rs 14.60 or 2.79% at around 1500 hours on NSE. Even though the stock is down today, the potential is seen commendable going ahead.

If we compare today's market price, then VIP has risen by massive 77.61%.

Coming to Jhunjhunwala, according to TrendLyne.com, the investor is already gaining about 52.46% this year from VIP.

Guess what! VIP will be a money making magnet for Jhunjhunwala even in coming months, as analysts have given a "buy" call.

Mehernosh Panthaki, Research Analysts at Religare Broking said, "VIP’s financial performance in H1FY19 was impressive with its net revenue and PAT
growing by 29.7% & 48.2% respectively over H2FY18. India’s organised luggage industry is estimated to grow at a healthy pace going forward, led by rising disposable income, increasing women workforce, growing interest of people in tourism and rising preference for branded products with growing acceptance of handbags as a lifestyle product. India’s air passenger traffic is estimated to grow by 17% CAGR over FY18-20E (has grown by 12.7% CAGR over FY06-18), which augurs well for the luggage industry and for established players like VIP."

Well, yes, in short term, VIP is seen to make money for you, if you have invested in the company just like Jhunjhunwala did. It should be noted that the company's presence in markets is strong and one can expect its stock to go ever higher, giving even better returns on your investment. History says so!

Just to make underline the strength of the company, did you know VIP Industries has risen by a behemoth 3,400% in a decade? Just imagine if you had bought this company's shares in January 2008 and invested about Rs 50,000. Then today, you would be sitting on a Rs 17 lakh gain. Further, if you had invested Rs 1 lakh in this company, then you would have gained about Rs 34 lakh. In January 2008, VIP was trading between Rs 25 to Rs 30.

So, how does it compare to other investment options that you may be eyeing? Investment in VIP is better than other schemes namely, fixed deposits, public provident fund, SIP and National Pension Scheme.

Therefore, if you are among those lucky investors, like Jhunjhunwala, who made n investment in VIP, then surely you are a much richer person this year!