The BJP could win only around 61 seats from the rural parts of Rajasthan as against 141 it had won in 2013. On the other hand, Congress, which has promised a farmers` loan waiver, saw its number improving dramatically from just 20 in 2013 to 91 in 2018 in the rural belt. 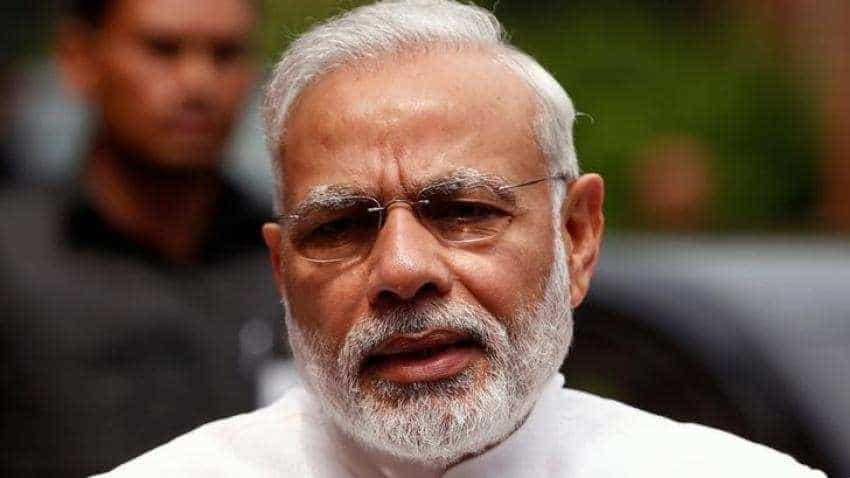 The Bharatiya Janata Party`s (BJP) poor performance in the rural parts of the three Hindi heartland states has indicated that rural distress, mainly over crop prices, was a major factor and could possibly continue to be so in the 2019 general elections.

On Tuesday, the BJP could win only around 61 seats from the rural parts of Rajasthan as against 141 it had won in 2013. On the other hand, Congress, which has promised a farmers` loan waiver, saw its number improving dramatically from just 20 in 2013 to 91 in 2018 in the rural belt.

Similarly, in Chhattisgarh, where the Congress swept the polls, it bagged 59 rural seats while the BJP`s number slumped to 14 from 42 it had won five years ago.

In Madhya Pradesh, it was tough fight between the two major parties of the country but the Congress has had an upper edge in securing rural votes as it was leading in over 100 seats and the BJP in 85.

The farmers` outburst had started coming out through a series of protests soon after a police firing in Madhya Pradesh`s Mandsaur in June last year, which led to death of six farmers who were protesting over low crop prices.

The All India Kisan Sangharsh Coordination Committee (AIKSCC), which has been holding protests against the "anti-farm" policies of the government, had warned the BJP-led central government of negative repercussions in the Assembly elections.

Yogendra Yadav of Swaraj India, which is a part of AIKSCC, said the poll results have "well-captured" the presence of rural distress.

"Clearly, the farm distress is now in the centre of the national politics. The 2019 elections will be contested on the issues facing by farmers," Yadav told IANS.

Noted agriculture economist Ashok Gulati said the BJP government had failed in finding solutions to the "serious" problem of falling crop price and in bringing about necessary agriculture marketing reforms.

"The government did not put up priority for agriculture market reforms. There were more slogans and announcement...People who vote will not go by slogans but for what is pinching them right now," he said.

He said it was "seriously wrong" thing if farmers got just Rs 0.5 for a kg of onion when it was sold for Rs 20 in the retail markets.

"Last year, Mandsaur happened. What solution? Nothing! They will have to pay price," he said.

Swabhimani Shetkari Sanghatana leader and Lok Sabha member Raju Shetti said the voters in the rural parts had by rejecting the BJP sent a message that their issues were not addressed by the government.

"It is also a indication to the Congress as well that farm issues would take centre-stage in the 2019 elections. The BJP government has cheated the farmers by failing to fulfill the promise of remunerative prices," said Shetti adding loan waiver would be an important issue.

The Telangana Rashtra Samiti swept the Telangana polls as it had come up with a scheme to address farm distress, which assured Rs 8,000 per acre (Rs 4,000 each in kharif and rabi seasons) annually as investment support, Shetti added.

Congress President Rahul Gandhi said his party would fulfill the promise of loan waiver it made to the farmers of the states where it won.

"We will start the process to waive loans (in three states) once the government is formed," he told reporters.

However, he remained non-committal whether the loan waiver issue would figure during the 2019 elections.

"Loan waiver is a supporting step. It is not a solution. We will give farmers support, infrastructure and technology. It is challenging. But we will make it happen," he said.

The AIKSCC had held mega farmers protest rally on November 30, its fourth such in the national capital since the Mandsaur firing.

The Left-oriented All India Kisan Sabha, the Bhartiya Kisan Union and the Bharatiya Kisan Sangh also held separate rallies in Delhi for better crop prices and loan waivers, among others.

At the November 30 rally, Rajendra Prasad, a farmer from Lakhimpur Kheri in Uttar Pradesh, had said that he and fellow farmers would vote only for political parties which waive farm loans and sanction increased crop prices.

Another farmer from Unnao in Uttar Pradesh, Ashutosh Choudhary, had said the government should be concerned more about farmers` welfare than building a Ram temple in Ayodhya.