This stock's price is very special as the levels it has touched, no no other has managed to do. Even Sensex has not managed to achieve this kind of growth. 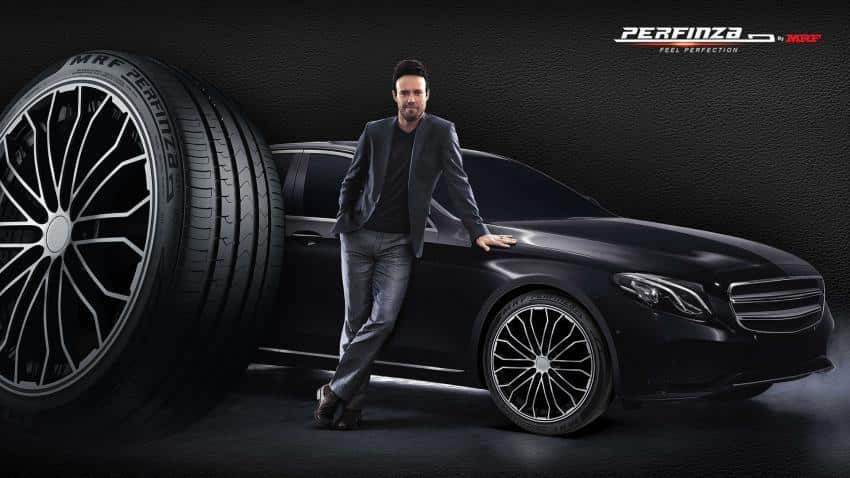 Markets are meant to make headlines. When they touch new milestones when performances are buoyant they get talked about a lot and spread cheer and when they don't, they still attract all the eye-balls but the feelings are reversed. Same for stocks. However, indices or stocks, very few end up making history. This one that we are talking about, actually did. When we speak of the notable individuals in the markets who have done exceedingly well, for India it's Rakesh Jhunjhunwala and for the world it is Warren Buffet. All of us should take the lessons these two legends engendered to heart and hope someday that we too would make stellar achievements. Notably,  Buffet once said, “The stock market is a device for transferring money from the impatient to the patient.”  The key is to be patient. In this instance, many equity investors would relate to the Oracle of Omaha well, as they invested in this largest auto tyre and rubber products maker that did phenomenally well. We are talking about MRF, of course and yes, patience was the key.

This stock's price is very special as the levels it has touched, no no other has managed to do. Even Sensex has not managed to achieve this kind of growth.

Madras Rubber Factory (MRF) Limited commonly known as MRF embarked on its journey on stock exchanges on September 18, 1996, and since then its has touched new milestones and became the most expensive stock on the indexes.

The company has turned out to largest manufacturer of tyres in India and has also increased it foothold in businesses like rubber products including tyres, treads, tubes and conveyor belts, paints and toys.

Here’s why MRF is one of the biggest wealth creation stories of them all.

MRF’s relationship with exchanges came over two decades - earlier trading in the company, before demat account came into existence in 1996, was in the form of physical certificate.

Later Sebi allowed  conversion of physical shares to demat form by opening a recipient account with a depository participant, in case they do not have a demat account.

As such, many investors have been with MRF for quite a long time now and they have been availing the benefits thereof.

MRF, on BSE, has been listed from 2001, and so the comparison of its performance will be done taking those numbers.

MRF is the most expensive stock on the benchmark and even outruns many indexes including Sensex. The amount of returns this company has given is breathtaking. 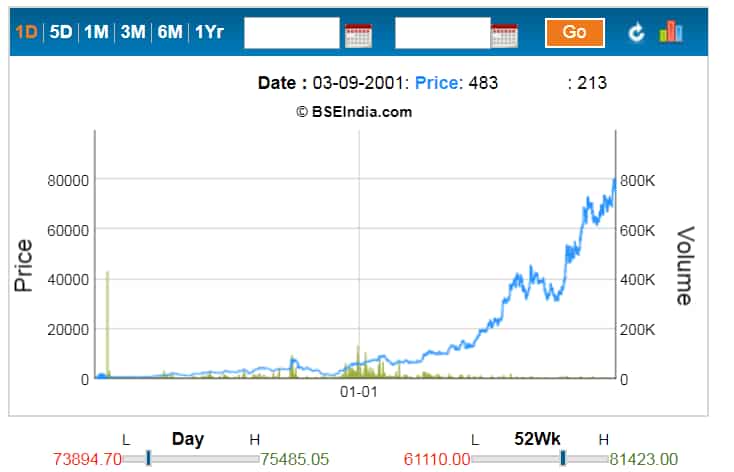 When MRF touched new high, there were few investors who made big money.

A viewer of Zee Business called during market hours to get experts' opinion on what he should do with the stock. The viewer, Ravi, said that his grandfather had bought 20,000 shares of MRF in the year 1990 and has relevant physical certificate as proof. Simply put, his grandfather's investment in MRF is now worth Rs 130 crore!

Even as the deadline for demat account has passed away, the viewer still has the option to sell out the physical MRF shares after dematerialisating them.

MRF thus is the most valued stock on exchanges. However, with heavy valuation comes heavy risk because not all can afford to buy this share at this price. Also, you need to ask the question, in case you want to invest in MRF, about how much higher can the stock rise going forward. Well, here are two views that you can look at.

Nishit Jalan and Hitesh Goel Research Analysts at Kotak Securities said, “MRF has taken 1.5-2.5% price increases across segments (barring two-wheelers) over the past two months, which should help sustain EBITDA margin at 18-19% going ahead. Even as we like MRF’s strong execution track-record and brand-positioning, we believe that the stock is trading at fair valuation at this juncture. Downgrade to REDUCE (from ADD) with an unchanged TP of Rs 77,000.”

On the other hand, Vijay Sarthy and Mayank Agarwal Research Analysts at Anand Rathi said, “With the expected buoyancy in two-wheeler and truck tyres, we are positive on MRF. Competition is intensifying adding to market-share pressure for the second and third players in two-wheeler tyres. We believe that MRF, with its strong brand, would further gain market share in two-wheeler replacements. We maintain our Buy rating. “

If we compare it with current high, MRF has potential to grow further by 3%.