There is possibility of India-UK free trade pact: Nirmala Sitharaman 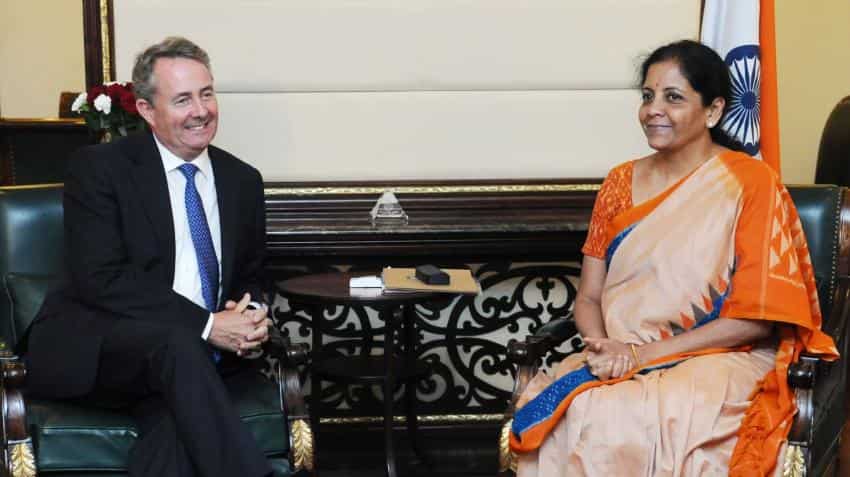 India and the UK on Monday deliberated upon ways to boost the two-way trade besides possibility of negotiating a free trade agreement (FTA).

The issues were discussed during the meeting between Commerce and Industry Minister Nirmala Sitharaman and UK's Secretary of State for International Trade Liam Fox in New Delhi.

Sitharaman said that the UK is very keen on deepening economic relations with India.

"They want to talk a lot on better partnership. They can start the trade dialogue only after they come out from the European Union (EU)," she told reporters.

When asked about the possibility of a FTA, she said, "Yes, there is a possibility of an FTA with the UK. No doubt about it. But obviously, UK is still a part of the EU. Only when they come out (that) is going to happen".

She also said that both the countries have decided to set up a joint working group which can go into the details of "what is the kind of economic and commercial relationship which can be built and strengthened".

There is a Joint Economic and Trade Committee (JETCO) meeting which is also expected to happen at the end of this year, Sitharaman said.

India is already negotiating a comprehensive free trade agreement (FTA) with the EU, and after the Brexit, it will have to rework its strategy of negotiations.