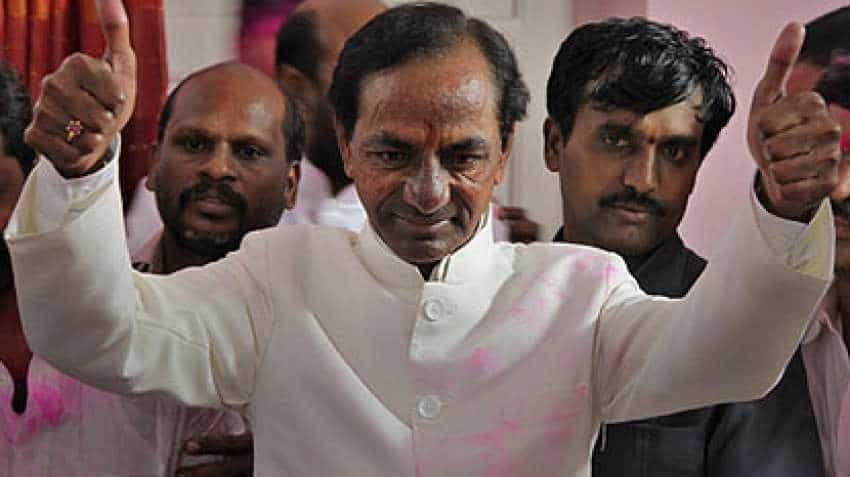 Telangana`s revenue growth is the highest in the world, claimed Chief Minister K. Chandrashekhar Rao on Wednesday. He told reporters Telangana achieved nearly 30 per cent growth rate in the state`s own tax revenue collections during the current financial year up to November.

"No state in the country and no country on the globe has this sort of growth," said KCR, who led his Telangana Rashtra Samithi (TRS) to a resounding victory in the elections held on December 7.

Telangana has been consistently achieving an average revenue growth rate of 17.17 per cent during the last four financial years.

KCR said the state could achieve this growth due to increase in royalty from Singareni coal company, financial discipline, prudence, proper tax collection, lack of corruption and effective functioning of Finance Ministry.

He dismissed the allegations by opposition parties that he landed the state in huge debts.

"We know how to take loans and how to repay," he said adding that the loans were taken to complete irrigation projects.

The TRS chief said Rs 70,000 crore were still required to complete all irrigation projects to achieve the goal of irrigating one crore acres of land.

During the five year period the state can repay Rs 2.40 lakh crore loans and this will make the state eligible to get another Rs 1.30 lakh crore, he explained.