Target 4% agriculture growth: Why Government of India's ambitious goal is a big challenge

Agriculture output was extremely good in 2017 after a good monsoon in the previous year following two successive droughts. 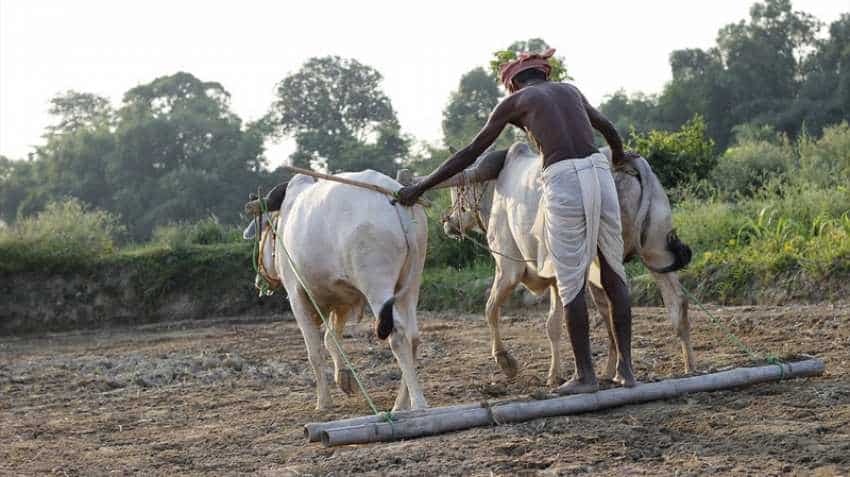 The welcome development is that the government has realised that farm sector has been neglected and agriculture is in a crisis, a few agri experts said. Image: Pixabay

After two successive droughts in 2014 and 2015 and devastating floods in parts of India this year, the government has woken up to farm distress and recently announced some steps to alleviate the suffering of farmers, although pundits feel they are very little and too late.

The government has promised to give top priority to agriculture and provide a higher minimum support price (MSP) to several crops. Besides, the government is also looking at forming a new agri export policy.

However, farmers appear to be not satisfied with these announcements as farm distress has worsened during the last four-and-a-half years.

Chief adviser to the consortium of Indian Farmers' Association P Chengal Reddy said the MSP announced by the government is too little and too late. The cost plus 50% recommended by the Swaminathan Committee should have been implemented in 2014. It has not happened even now. He, however, felt the recent heavy rains will not severely impact farm output this year but would help in overcoming marginal monsoon deficiency this year.

Agriculture output was extremely good in 2017 after a good monsoon in the previous year following two successive droughts. But the worrying part is farm income went down despite a record 275 million tonne of food grain production and 375 million tonne of horticulture.

"This is not good for the economy," India's former chief statistician said. BJP leader and trained economist Subramanian Swamy is right in saying that India had huge farm potential as productivity is one of the lowest in the world.

If China has become a global manufacturing hub, India can be global agri-products hub as perhaps it is the only country wherein there is monsoon as a season. India has the largest irrigated land yet half of the arable land is depended on monsoon. Though India has adequate water sources, inefficient use has led to groundwater depletion while poor rainwater harvesting resulted in surplus going waste into the sea.

Unlike in China, where only one-seventh of its land mass is arable, most of India's land mass is arable and ideal for three crops. Russia, the US and Canada too do not enjoy this advantage, which has inclement weather thus making it difficult beyond one crop.

The government's aim to achieve 4% sustained annual farm growth has remained a piped dream because agriculture has been neglected by the successive governments.

But when the number of small farmers is large, the ability to use technology becomes minimal. "Our extension system has broken down. Now you are talking much larger technology and getting that information across, the quality of extension workers has to be much superior and that has not happened," Sen said.

Farmers are not getting remunerative prices resulting in agriculture depression and subsequent lowering of farm income. This has led to farm distress and at times suicides by farmers. Three lakh farmers have committed suicides in last two decades.

Sen told DNA Money that the demand for agri-products is very large in rural India but they can afford to buy only when their income goes up. "You are getting into chicken and egg problem. With farm prices crashing, the rural people's ability to consume is getting lower because of lower income," said Sen. Instead of price support like MSP, the government could consider income support to farmers, but here the problem is whom to give the income money—the land owner or the tiller. This can work only if tenancy rights are given to actual tiller. This is a complex problem, particularly in the north and eastern India. There would also be a need for constant updating of the database as farm labourers frequently shift places.

Farm sector has a huge potential for growth. The green revolution was implemented in only one-tenth of arable land in the country – that is only 40 districts, which is enough to feed the entire country, besides creating a surplus in food grains. Price stability mechanism that is MSP has worked only in these 40 districts.

Forward trading is another method for price discovery. This too has not worked because its implementation is tardy and a lot more "smoothening" is required, Sen said.

The welcome development is that the government has realised that farm sector has been neglected and agriculture is in a crisis, a few agri experts said.

"If agriculture does not do well, all other sectors will do badly and that is the core," Sen warned.