Such instances where the suspicion is found to be true will be prosecuted under the Benami Property Transactions Act, 1988. 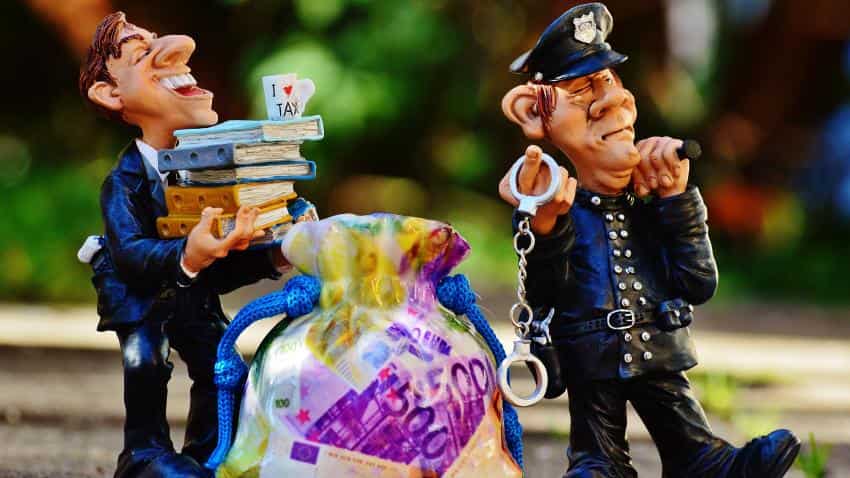 The notices will be issued in cases of huge cash deposits beyond the threshold of Rs 2.5 lakh. Photo: Pixabay

Warning people against depositing their unaccounted old currency in someone else's bank account, the tax department has decided to slap charges under the newly enforced Benami Transactions Act against violators that carries a penalty, prosecution and rigorous jail term of a maximum seven years.

In a related development, official sources said that the department has detected over Rs 200 crore in undisclosed income after it conducted over 80 surveys and about 30 searches in cases of suspicious usage of the scrapped currency. About Rs 50 crore has also been seized in these operations since November 8, they said, across various states.

The sources said the taxman has initiated a country-wide operation to identify suspect bank accounts where huge cash deposits have been made post November 8, when government demonetised the Rs 500 and Rs 1000 currency notes.

Such instances where the suspicion is found to be true will be prosecuted under the Benami Property Transactions Act, 1988, applicable on both movable and immovable property, that has been enforced from November 1 this year.

They said the Act empowers the taxman to confiscate and prosecute both the depositor and the person whose illegal money he or she has "adjusted" in their account.

"The CBDT has asked the Income Tax department to closely monitor all such transactions where people are using bank accounts of other persons for hiding and converting into white their black money using the old currency notes of Rs 500 and Rs 1000.

"Already some instances have been reported in this regard and the department is set to issue notices under the Benami Act," the sources told PTI.

Primarily, they said, the notices will be issued in cases of huge cash deposits beyond the threshold of Rs 2.5 lakh but in cases where a suspicious report is received from the bank or the Financial Intelligence Unit below this threshold will also be investigated.

"Such an arrangement where a person deposits old currency of Rs 500 and Rs 1000 in the bank account of another person with an understanding that the account holder shall return his money in new currency, the transaction shall be regarded as benami transaction under the said Act.

The Benami Act, the official said, provides that the benamidar, the beneficial owner and any other person who abets or induces the Benami transaction, shall be punishable with rigorous imprisonment for a period ranging from 1-7 years.

"The benami amount in the bank account deposited post de-monetisation will be seized and confiscated and the accused will also be liable to fine which extends upto 25 per cent of the fair market value of the benami property," the official said.

The Income Tax department has stepped up its action to check black money transactions, money laundering and tax evasion in the wake of the de-monetisation and has issued hundreds of notices of enquiry to charitable and religious trusts to show their account balances and to those who have deposited huge cash in their bank accounts.

Budget 2023 Expectations: Capital gains tax regime to be tweaked? What we know so far on LTCG, STCG