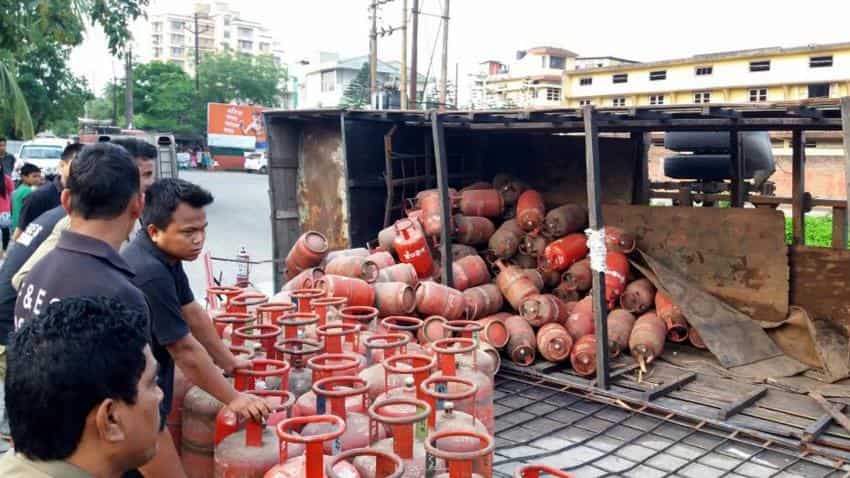 The price of subsidised cooking gas (LPG) was on Thursday hiked by about Rs 2 per cylinder, third increase since July, while the jet fuel price was cut by 3.8%.

This is the third straight increase in subsidised cooking gas since July when the government decided to go in for a small hike in rates every month to cut down subsidies.

The government had recently decided to take the diesel route for eliminating subsidies on LPG and kerosene. Diesel price was deregulated in November 2014 after the previous UPA government effected 50 paise hikes every month to eliminate subsidies.

The near Rs 2 per cylinder hike in LPG every month is also aimed at doing the same thing. In case of kerosene, the government has allowed state-owned oil companies to raise the price by 25 paise a litre each month for 10 months. The third hike in kerosene was effected today.

A litre of kerosene now costs Rs 15.93 in Mumbai. Delhi has been declared a kerosene free state and no subsidised PDS kerosene is sold in the national capital.

Simultaneously, the oil firms cut prices of non-subsidised LPG, which consumers buy after exhausting their quota of 12, by Rs 20.5 per 14.2-kg cylinder.

Non-subsidised cooking gas (LPG) now costs Rs 466.50 in Delhi as against Rs 487 per cylinder previously. Rates were last reduced by Rs 50.5 on August 1.

The reduction comes on back of a 4.2% cut in rates on August 1. Price of non-subsidised kerosene was hiked to Rs 51.07 per litre from Rs 48.41 a litre previously.

Oil firms revise rates of ATF and cooking gas on 1st of every month based on oil price and foreign exchange rate in the preceding month.