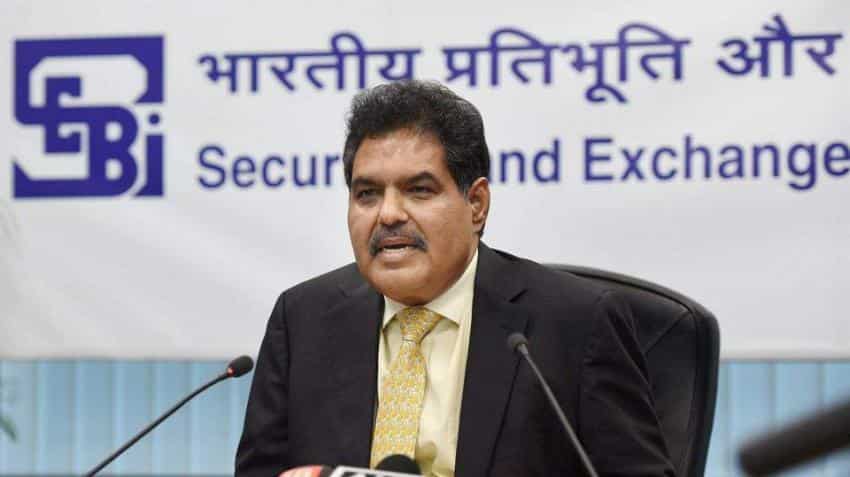 The curbs would not be applicable to indices trading in International Financial Services Centre (IFSC) at Gujarat's GIFT City. Image source: PTI
Written By: PTI

The stock exchanges have decided in "their business interest" to stop trading of their indices abroad to check liquidity flight from India and this should not be seen as a "retrograde step", Sebi chief Ajay Tyagi said today.

"They (the stock exchanges) have taken a commercial decision and I don't think this is a retrograde step as they are trying to ensure that liquidity in those indices stay in the country," Tyagi told reporters here after the market regulator's board meeting.

Further, he said the exchanges want that liquidity from India should not be split or shifted abroad.

According to Tyagi, the exchanges have taken the decision in terms of their business interest.

The comment comes a day after the BSE, National Stock Exchange (NSE) and Metropolitan Stock Exchange of India (MSEI) decided to immediately stop the trading of indices of Indian securities on foreign bourses as part of a joint effort to stymie migration of liquidity to overseas markets.

The coordinated move from the bourses assumes significance at a time when Singapore Stock Exchange (SGX) has launched trading in single-stock futures in 50 of India's top companies that are part of the Nifty index -- a development that has triggered concerns about liquidity moving out of the country.

"The existing licensing agreements for licensing indices/ prices of Indian securities for trading derivatives on foreign exchanges and/or trading platforms shall be terminated with immediate effect," the bourses had said in a joint statement yesterday.

The termination of pacts would be subject to notice periods required in respective licensing agreements.

It has been observed that for various reasons the volumes in derivative trading based on Indian securities, including indices, have reached "large proportions in some of the foreign jurisdictions, resulting in migration of liquidity from India, which is not in the best interest of Indian markets", the statement said.

In apparent efforts to further ring-fence the domestic market from liquidity migration, the exchanges would also stop providing market data, including prices of securities traded on their platform, to any foreign bourse for trading or settling any products, including derivatives.

Such indices are licensed by the index providers to prospective licensees, including foreign stock and derivatives exchanges and other foreign trading platforms for enabling them to provide products for trading and settlement on such foreign exchanges.

The curbs would not be applicable to indices trading in International Financial Services Centre (IFSC) at Gujarat's GIFT City.

On February 5, SGX introduced single-stock futures of Nifty 50 companies despite reservations expressed by the NSE.

Prior to the launch by the Singapore exchange, NSE chief Vikram Limaye had flagged concerns that such a move would shift liquidity out of the Indian markets.