Airfares to rise on Jet Airways shutdown? This is how SpiceJet, Indigo, Vistara, GoAir, AirAsia look to make most of situation 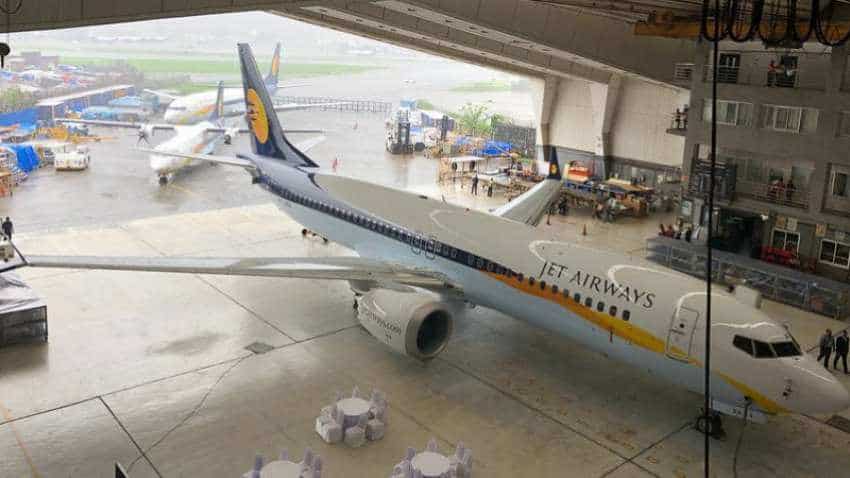 Jet Airways has traditionally flown a higher proportion of flights to and from metro routes. Photo: Pixabay
Written By: Pooja Jaiswar
RELATED NEWS

The scenario for debt-laden Jet Airways is going from bad to worse and this is being reflected in its low share price. After dropping by nearly 35% Friday last week, the airline continued its negative trend after its operations were shut down. The quantum of loss in Jet Airways is massive, as the airline has seen nearly 50% drop in just 3 trading session. On Monday, the airline closed at Rs 154.60 per piece down by 5.67%, but, it clocked a 52-week low of Rs 132.20 per piece on the index. Such extreme bloodbath in Jet Airways was caused by the shutdown stemming from insufficient cash to run the business on a daily basis. It all began on April 17, when Jet Airways announced it will not operate any flight for a temporary period, as its consortium of lenders led by SBI rejected their plea for more interim funds and instead said they were looking for bidders to invest in the airliner. While Jet Airways is trapped in cash crunch, debt repayment default, its employees and passengers are facing difficult times too. The result is that it has created quite a stir in the aviation sector with airlines like Vistara, SpiceJet, Indigo, AirAsia and GoAir, all looking to grab Jet Airways vacant international flight routes. Not only that, the havoc at Jet is also making airfares shoot up, which already has been rising on account of cancellation of flights. Here’s how!

As per  research report by Kotak Institutional Equities, the airline has traditionally flown a higher proportion of flights to and from metro routes. Thus, Jet Airways flight shutdown is seen to create disruption on these routes at much higher levels than expected.

An analysis of top-10 domestic air traffic city-pair routes cited by Kotak indicates that, Jet accounted for ~24% of flights on these routes in October 2018. This share is now down to nil, implying reduction of ~24% capacity. Other airlines have stepped up capacity addition, resulting in lower system level capacity decline of ~16% across these top-10 routes.

Further, it was noted that Jet accounted for about 14% of India’s international airline capacity before disruption. For that, Mishra says, “With India exhausting bilateral flying rights on most short-haul destinations (refer our report ‘Disruption benefits’ published on March 22, 2019 for more details), vacation of slots by Jet is a positive for airlines such as Indigo, SpiceJet and Vistara, who are all aspiring to ramp-up their international operations. We believe some of India’s international air traffic carried by domestic airlines may be lost to foreign players, given Air India is the only airline with a fleet of wide bodied aircraft. Vistara does have plans of adding such aircraft, though it may be unable to do so in the near-term.”

Explaining the scenario from Kingfisher Airlines crackdown, Kotak highlighted that, post the Vijay Mallya-led airline’s disruption it was Indigo which gained the most by adding meaningful capacity over FY2014-15. Overall industry capacity grew by a CAGR of 6% over FY2013-15.

Depending on how much of Jet’s capacity comes back, and assuming some of its planes are taken up by competitors, Mishra says, “ we reckon industry capacity can still increase by a reasonable 7-11% in FY2020. We note that while Indigo remains the most financially stable airline, others such as SpiceJet, GoAir, Vistara, AirAsia are also in the fray to benefit from this disruption, as these are all airlines with either decent financials or backing of strong promoters.”

While it is clear that Jet Airways dismissal will profitable in the wings of its peers, but whether the move will be temporary or permanent is something one should keep a check of.

At present, the DGCA regulation does mandate a slot to be vacant if it is not flown for a month. However, in case of bankruptcies/restructurings the pattern is treated differently. In Kotak’s view, this may lead to an airline holding its slots without flying out of them, till the time it is in possession of its operating license.

But in current scenario, the DGCA has already begun reallocating Jet’s slots to other airlines, with Indigo, SpiceJet, Vistara, AirAsia all being beneficiaries. But Mishra says, “ For now, these slots are temporary, and their possession by these airlines is contingent on Jet’s resumption of operations.”

Hence,  Jet Airways would be keenly watched about how it manages to resume its business and that too in a time bound manner. The airline, while shutting down its operations, did not give a clear view as to when it will be able to carry on business as usual. However, it has allowed customers who have booked tickets during this disruptive period, for a complete refund on their website. Indigo and SpiceJet come as real winners from Jet Airways dilemma, as they will be able to expand their footprint on international routes.