"We are getting the 737Max aircraft which is 14 per cent more fuel efficient. It can fly 20 per cent more than other planes. This will help us in adding a few more international destinations; we will decide on them after a market study is completed," he said adding that destinations like Singapore and Kuala Lumpur are also under the radar. 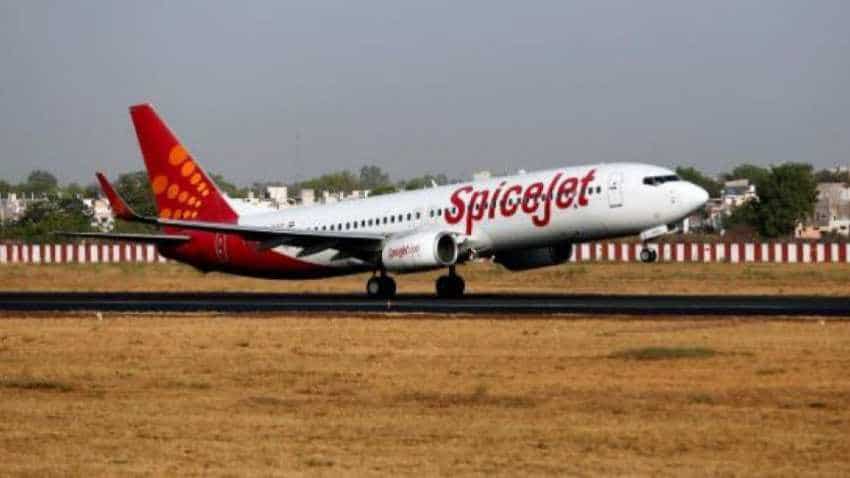 SpiceJet plans to aggressively expand its international networks to fly out of the low fare, Photo: Reuters
Written By: IANS
RELATED NEWS

According to SpiceJet`s CMD Ajay Singh, the airline plans to aggressively deploy its new 737Max aircraft on international medium-haul routes. The airline is prospecting destinations in China and CIS countries.

Speaking exclusively to IANS here, Singh said: "More new destinations will be announced soon. We are looking at destinations in China and the CIS (Commonwealth of Independent States)."

"We are getting the 737Max aircraft which is 14 per cent more fuel efficient. It can fly 20 per cent more than other planes. This will help us in adding a few more international destinations; we will decide on them after a market study is completed," he said adding that destinations like Singapore and Kuala Lumpur are also under the radar.

Last month, the airline announced the introduction of a daily direct flight on Kozhikode-Jeddah-Kozhikode sector from April. Before that it had announced a Hyderabad-Jeddah connection effective from March 25, 2019.

Besides overseas destinations, the regional sector is another area, where the airline is expanding aggressively.

Recently, it announced 10 new flights under the regional connectivity -- UDAN -- scheme. It is going to places like Jharsuguda in Odisha, Gwalior and will operate Bhopal-Udaipur flight.

"There has been absolutely terrific growth on the UDAN routes. We have seen that people want to fly to these airports and the demand is only going to get stronger in the years to come," Singh said.

"By March-end we will be operating close to 40 daily flights under UDAN."

In the Udan phase-III, the airline has won routes to operate sea plane operations.

The airline in Udan International has been awarded the route to operate Guwahati to Bangkok and Dhaka with the Assam state government providing a viability gap funding of Rs 11 crore annually.

On the aircraft delivery schedule, Singh said that the airline has ordered 205 planes and they will be delivered in the next four to five years.

"We have already funded all the planes that will be delivered to us by 2020," he said.

"The arrival of new planes will help us in reducing our costs as they are 14 per cent more fuel efficient, engineering costs on them will help us save 25-30 per cent expenses. We have also ordered 50 Q400s."

Currently, the airline connects its network with a fleet of 48 Boeing 737 MAX and NG jets, 27 Bombardier Q-400s and one B737 freighter.

On Q3 results, Singh said: "Despite the huge cost escalation in ATF and exchange rate, SpiceJet has done remarkably well due to superior revenue performance, tight control on other costs."

"The strong improvement in the macro cost environment and the increasing induction of the fuel efficient MAX aircraft, the outlook looks stronger than it has over the past year."

The frill-free passenger carrier had posted a net profit of Rs 55.1 crore for the quarter ended on December 31, 2018. The standalone net profit for the same period last fiscal was Rs 240 crore.

An 8 per cent increase in passenger yields helped it partially offset high cost. Expenses during the quarter increased on the back of a 34 per cent rise in crude oil prices and 11 per cent depreciation of the Indian rupee against the US dollar.