The cap on promoters’ stake in the long run (15 years) may be raised from the current level of 15 per cent to 26 per cent of the paid-up voting equity share capital of the bank. 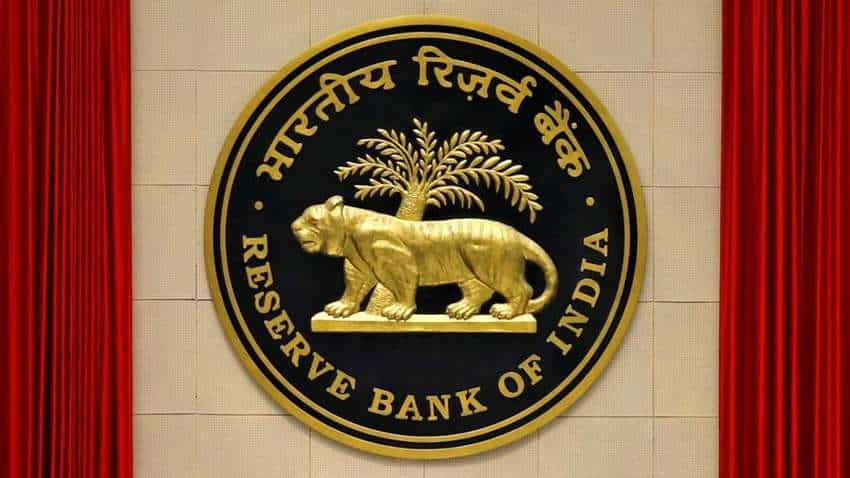 As regards non-promoter shareholding, a uniform cap of 15 per cent of the paid-up voting equity share capital of the bank may be prescribed for all types of shareholders. Reuters pic.
Written By: Prashant Singh
Edited By: Harish Dugh
RELATED NEWS

In a major development, RBI has released the Report of the Internal Working Group to Review Extant Ownership Guidelines and Corporate Structure for Indian Private Sector Banks. The internal RBI panel has proposed that large corporates may be permitted to promote banks after necessary amendments to the Banking Regulations Act, as well as raising the cap on promoters' stake in private sector banks to 26 per cent. The panel also suggested the conversion of big non-banking finance companies (NBFCs) into banks.

At present, promoter stakes are capped at 15 per cent in private sector banks.

"The Reserve Bank of India had constituted an Internal Working Group (IWG) on June 12, 2020 to review extant ownership guidelines and corporate structure for Indian private sector banks. The Terms of Reference of the IWG inter alia included review of the eligibility criteria for individuals/ entities to apply for banking license; examination of preferred corporate structure for banks and harmonisation of norms in this regard; and, review of norms for long-term shareholding in banks by the promoters and other shareholders," RBI said in a statement.

The IWG has since submitted its report. The key recommendations of the IWG are as follows:-

- The cap on promoters’ stake in the long run (15 years) may be raised from the current level of 15 per cent to 26 per cent of the paid-up voting equity share capital of the bank.

-As regards non-promoter shareholding, a uniform cap of 15 per cent of the paid-up voting equity share capital of the bank may be prescribed for all types of shareholders.

-Large corporate/industrial houses may be allowed as promoters of banks only after necessary amendments to the Banking Regulation Act, 1949 (to prevent connected lending and exposures between the banks and other financial and non-financial group entities); and strengthening of the supervisory mechanism for large conglomerates, including consolidated supervision.

-Well run large Non-banking Finance Companies (NBFCs), with an asset size of ₹50,000 crore and above, including those which are owned by a corporate house, may be considered for conversion into banks subject to completion of 10 years of operations and meeting due diligence criteria and compliance with additional conditions specified in this regard.

-For Payments Banks intending to convert to a Small Finance Bank, track record of 3 years of experience as Payments Bank may be considered as sufficient.

-Non-operative Financial Holding Company (NOFHC) should continue to be the preferred structure for all new licenses to be issued for universal banks. However, it should be mandatory only in cases where the individual promoters / promoting entities/ converting entities have other group entities.

-Till the NOFHC structure is made feasible and operational, the concerns with regard to banks undertaking different activities through subsidiaries/ Joint Ventures/ associates need to be addressed through suitable regulations.

-Banks currently under NOFHC structure may be allowed to exit from such a structure if they do not have other group entities in their fold.

-Reserve Bank may take steps to ensure harmonisation and uniformity in different licensing guidelines, to the extent possible. Whenever new licensing guidelines are issued, if new rules are more relaxed, benefit should be given to existing banks, and if new rules are tougher, legacy banks should also conform to new tighter regulations, but a non-disruptive transition path may be provided to affected banks.

The report is placed on the RBI website for comments of stakeholders and members of the public. Comments on the report may be submitted by January 15, 2021 through email. RBI will examine the comments and suggestions before taking a view in the matter, the central bank said.

Commenting on the development, Umesh Revankar, MD & CEO, Shiram Transport Finance, said, “RBI’s IWG report to review extant ownership guidelines & corporate structure has provided recommendations, and I expect more debate on these until guidelines are finalized. The regulator had opened doors for on-tap universal banking license in 2016 and for small finance bank license in 2018, so what we are seeing in terms of opening up the sector is not a first from RBI but opening up candidature for large corporate/industrial houses and well run large NBFCs for converting to a private sector bank is a progressive step indeed."

"Shriram Transport Finance, being a large NBFC predominantly in vehicle finance space, we have built pan-India reach with strong last-mile connectivity, all while delivering a focused product portfolio backed by speed & quality to mostly the underbanked & unbanked customers. In contrast, a bank has to provide a very wide range of services, maintain SLR & CRR requirements and operates at a much higher cost structure compared to NBFCs. So a NBFC will have to weigh the pros and cons after final guidelines, and understand the impact for stakeholders (shareholders, employees, customers) before considering conversion to a bank," he added.

Chandra Shekhar Ghosh, Managing Director and Chief Executive Officer, Bandhan Bank on the paper released by RBI’s Working Group on proposed norms governing private sector banks, said, "The recommendations of RBI’s working group are a step in the right direction and would help bring in uniformity vis-à-vis licensing conditions for private banks. Suggestions like hiking the cap on promoters’ stake from 15% to 26% will help ensure that promoters remain committed to the welfare and growth of the bank over the long-term. The observation that any potential benefits of future licensing guidelines should be passed on to existing banks is a welcome step."