According to the report, commercial and industrial installation consumer segment dominates the market with 70 per cent share, while residential segment continues to lag with just 9 per cent. 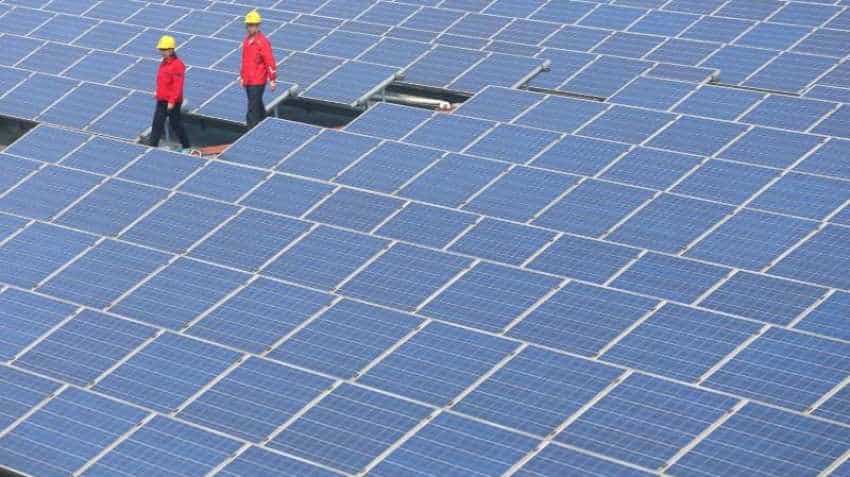 Full text: Here's what Elon Musk has to say about Tesla's future plans

India witnessed record installation of 1,538 MW of solar rooftop in the year ended September 30, taking the total capacity in the category to 3,399 MW, according to a report.

It said rooftop solar capacity is expected to touch 15.3 GW by March 2022 in a status quo scenario. This is about 38 per cent of the government's 40 GW target.

According to the report, commercial and industrial installation consumer segment dominates the market with 70 per cent share, while residential segment continues to lag with just 9 per cent.

It also stated that OPEX model where third party developers own and develop projects on customer sites, is still growing faster than rest of the market and added 559 MW capacity in the last 12 months (35 per cent of the market share).

It said the CAPEX market (where entire rooftop is owned by rooftop owners) is even getting more fragmented with top 10 players having a share of only 18 per cent (21 per cent last year). The top 3 players include Tata Power (4.4 per cent), Mahindra (2 per cent) and Sunsure (2 per cent).

The study also stated that in invertor market, Chinese players are growing and command a combined share of 43 per cent.

Bridge to India MD Vinay Rustagi said: "75 per cent growth in a year plagued by safeguard duty and GST uncertainty is absolutely fantastic. Ongoing fall in module (solar) price should continue to drive growth in the next few years.

Full text: Here's what Elon Musk has to say about Tesla's future plans