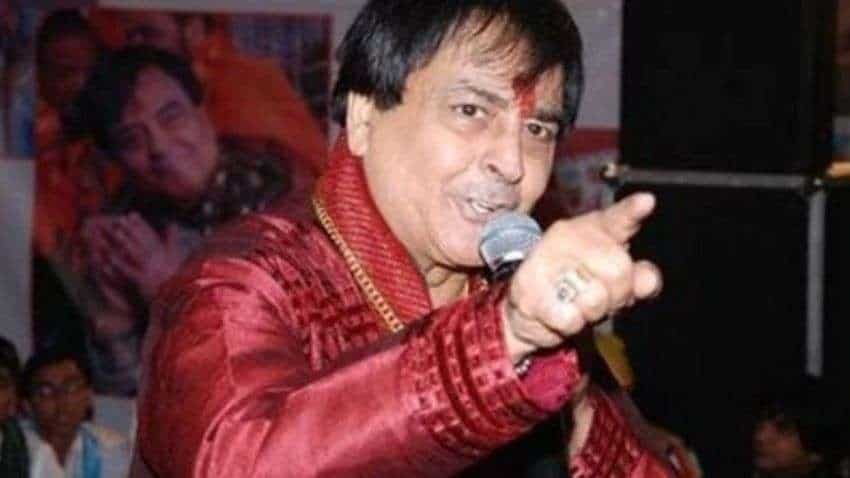 Celebrities like Anup Jalota, Daler Mehndi and Madhur Bhandarkar have paid tributes to the late singer.

Chanchal shot to fame with his `Jagran` hits in the seventies and the eighties, particularly songs dedicated to Sherawali Mata. His ode to Sherawali Mata "Chalo bulava aaya hai" continues to be popular till date. Chanchal is best known for his live performances.

The singer also made a mark in Bollywood. He is known for rendering the title song of the 1974 Amitabh Bachchan film "Benaam", composed by RD Burman. He also famously sang "Beshak mandir masjid todo" in Raj Kapoor`s 1973 superhit "Bobby", starring Rishi Kapoor and Dimple Kapadia.

Filmmaker Madhur Bhandarkar tweeted: "Saddened to hear demise of Singer #NarendraChanchal ji. He will be remembered for his bhajans and some remarkable songs in Hindi films, My heartfelt condolences to his admirers and family. Om Shanti."

Singer Daler Mehndi also felt "deeply saddened to learn that iconic and most loved #NarendraChanchal ji has left us for the heavenly abode. In prayers for his soul to rest in peace. Heartfelt condolences to his family and legions of fans".

Honouring the singer, actor Ranvir Shorey said: "Saddened at the demise of vocalist Sh. Narendra Chanchal, singer of many iconic bhajans & Hindi film songs in history. His unique voice had the ability to pierce straight to a listener`s heart, making every listening experience an emotional & spiritual one. #RIP #respect."