"Along with manufacturing, equal emphasis will be given to the services sector. It is services which  feeds  into the manufacturing," said Sitharaman 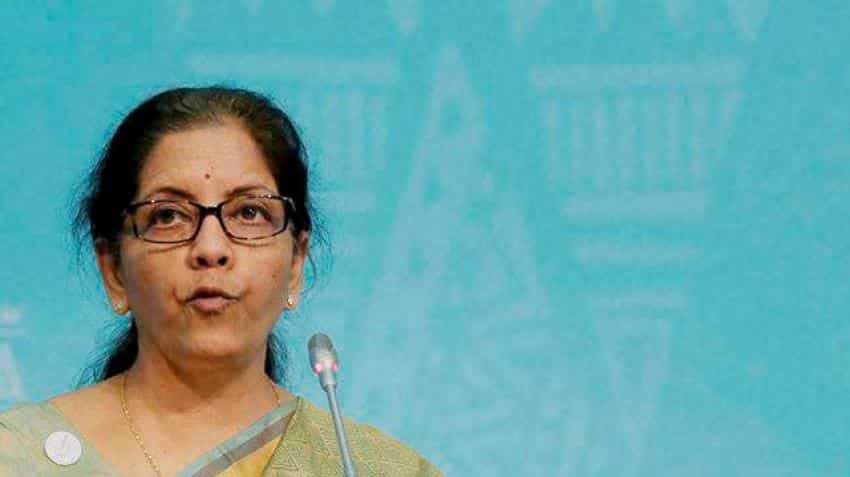 The services sector should play an important role in improving facilities and successful implementation of the WTO's trade facilitation agreement, Commerce and Industry Minister Nirmala Sitharaman said on Wednesday.

She said that India is emerging as a services hub for the world across sectors.

"The Trade Facilitation Agreement which we have signed and ratified cannot be successful unless the services sector feeds into everything that we want to do for the ports, the logistics will have to be improved, services being provided at various terminals will also have to be improved," she said.

She was speaking at the second Global Exhibition on Services, inaugurated by President Pranab Mukherjee here.

The global services trade is worth about $5 trillion (approximately Rs 332.6 lakh crore) and India's share is only about $235 billion (Rs 15.6 lakh crore).

The minister said the government is taking steps to boost sector's growth.

"Along with manufacturing, equal emphasis will be given to the services sector. It is services which feeds into the manufacturing," the minister said.

Speaking at the event, Tourism and Culture Mahesh Sharma said that although India has a large tourism services industry, it attracts less than 1 per cent of global tourists.

Certain weaknesses were there in India's tourism industry like cleanliness and safety but "we have tried to address these issues," he said adding the government has identified 35 'Adarsh Monuments' which have been linked up with cleanliness.

"We have completed our target of making 150 countries for visa on arrival facility and 4.60 lakh tourists have availed this facility in the last one year," the minister said.

Speaking at the occasion, Commerce Secretary Rita Teaotia said that services exports have increased from 16.8 billion in 2001 to $155.6 billion in 2014 and this has made the country the world's 8th largest exporter of services.

India's share in the global services trade is about 3.25%. "It helps to support substantively the deficit in our merchandise exports from India," she said adding India has export potential in skilled based and labour based services, apart from software, tourism and transport.

"The efforts of the department of commerce is now, on diversifying into wider and larger areas on liberalisation and standards of services and also to integrate these strongly into our trade policies," she added.
Naushad Forbes, President, CII, said that many services sectors can replicate the export success of IT sector.

"We need to identify how to grow productivity in services so that India can lead the world in services exports," Forbes said.

As many as 400 exhibitors from 70 countries are participating the three-day exhibition.