Service providers can use offline verification modes of Aadhaar: UIDAI

Service providers can use offline verification tools like eAadhaar and QR code that leverage the unique ID without authentication, any access to biometrics, or revealing the 12-digit number, the Aadhaar-issuing authority UIDAI said Friday. 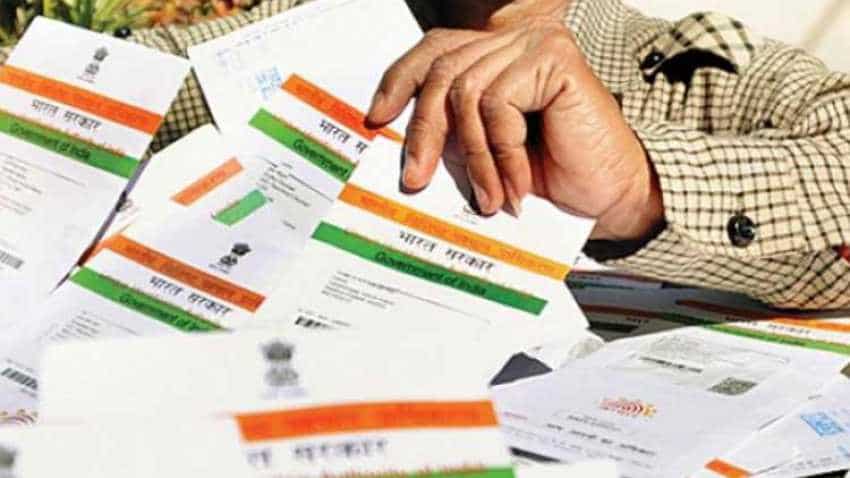 Service providers can use offline verification tools like eAadhaar and QR code that leverage the unique ID without authentication, any access to biometrics, or revealing the 12-digit number, the Aadhaar-issuing authority UIDAI said Friday. The statement comes against the backdrop of the Supreme Court judgement restricting the use of Aadhaar.

In an interview to PTI, Unique Identification Authority of India (UIDAI) CEO Ajay Bhushan Pandey said as per legal understanding of the authority so far, offline options are in conformity with the recent Supreme Court ruling.  The Aadhaar-issuing body now plans to create an awareness around these verification methods, starting with an active engagement with technology industry next week.

"The UIDAI has come out with offline options which will be in line with the SC order. People can choose to get their Aadhaar ID verified without hitting the UIDAI server, by downloading electronic version of their Aadhaar card (eAadhaar) ... They have option of masking their Aadhaar number, and there is a

QR (quick response) code which does not carry their Aadhaar number too, that can be used," Pandey said. Using any of these options will allow service providers to establish the identity of an individual, and security layers can be added to such verification including 'One Time Password' (OTP) mechanism, he said.

"Based on the discussion we had with our legal team, we are given to understand so far that it is in tune with the SC order. The most important thing is that the information which is given (through these options), contains only name, address and photo, which is anyway available in any other ID document.

The Aadhaar number can be masked or redacted, and so it addresses concerns of privacy," the UIDAI Chief said. The UIDAI plans to organise a workshop in New Delhi next week to explain the nuances of offline verification for Aadhaar, to the tech community, Pandey added.

"These services are available ... We will be talking to the tech world. Next week, we are going to organise a conference in New Delhi where we will be explaining this to the tech community and they can freely use Aadhaar offline eKYC," Pandey said.

Last week, in a verdict with far-reaching consequences, the Supreme Court had upheld the constitutional validity of 'Aadhaar' but limited the scope of the controversial biometric identity project, ruling it is not mandatory for bank accounts, mobile connections or school admissions.

Holding there was nothing in the Aadhaar Act that violates right to privacy of an individual, a five-judge constitution bench headed by Chief Justice Dipak Misra in a 4 to 1 verdict cleared the use of Aadhaar (world's largest biometric ID programme) for welfare schemes.

The court, however, held Aadhaar would remain mandatory for filing of Income Tax (IT) returns and allotment of Permanent Account Number (PAN). It struck down Section 57 of the Aadhaar (Targeted Delivery of Financial and other Subsidies, Benefits and Services) Act, 2016 that permitted private entities like telecom companies or other corporates to avail of the biometric Aadhaar data.

With the apex court imposing curbs on the use of the 12-digit identifier, UIDAI, on October 1, asked telecom companies to submit, within next fortnight, a plan to stop using Aadhaar biometric authentication. The UIDAI issued a circular to the telecom service providers including Bharti Airtel, Reliance Jio, Vodafone Idea and others seeking an action/exit plan in this regard.