Sensex still down over 2000 points from peak; should you catch falling knives? 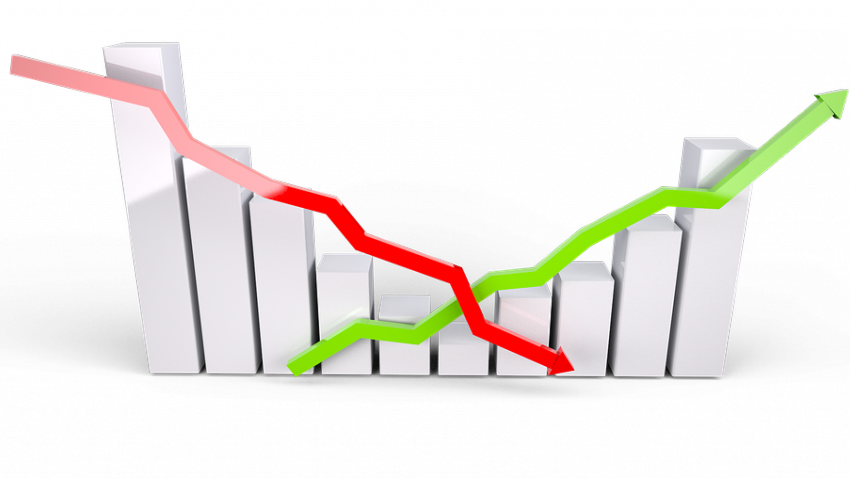 Valuations are still not quite in ‘buy’ territory. Image source: Pixabay

The S&P BSE Sensex may have recovered some lost ground on Wednesday, but is still down over 2000 points from its peak hit on January 29. Broadly, over 100 stocks have hit their 52-week lows on the BSE-500 since Budget day.

Amid this long overdue correction, investors would do well to look for value-buys, i.e. the companies with strong fundamentals and efficient management, advise experts. However, valuations are still not quite in ‘buy’ territory, they noted.

The Sensex had hit its all-time high of 36,443.98 on January 29, but shed over 2000 points in the last six sessions, to trade just a tad above 34,000 level, owing to a combination of factors from imposition of LTCG, widening fiscal deficit to a broader global rout on Wall Street and in Asian markets.

Gaurang Shah of Geojit Financial Services believes Budget 2018 is already done and dusted, and the recent fall has nothing to do with the domestic factors.

“Budget 2018 is done and dusted. LTCG is not the reason why the market went through a correction, neither in India nor in US or Asian markets,” he said

For Shah, nothing has changed before February 1, and now.

“It is time to buy quality stocks that have earnings visibility, growth prospects, management capability and capacity. On these parameters, if you buy stocks with a long-term horizon, you’ll be rewarded,” he suggested.

He further pointed out if one is risk-averse, one would be better-off avoiding the mid and smallcap stocks, and just invest in large caps.

Meanwhile, one should not lose sight of the valuations as well. For analysts at Kotak Institutional Equities, valuations of the Indian market are still rich. 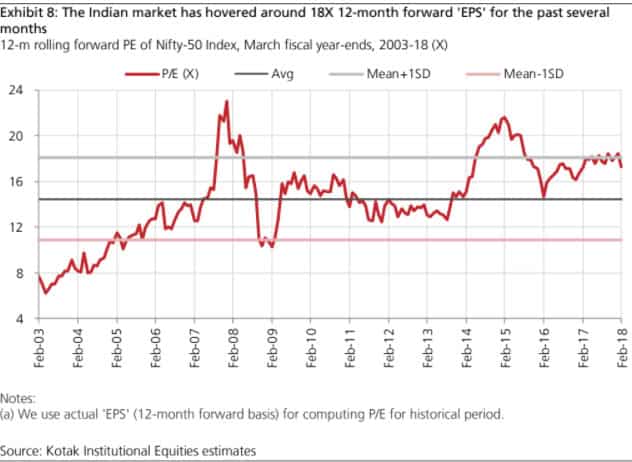 “Even assuming no risks to the quantum of earnings growth over FY2019-20E, the quality of earnings growth is quite poor, with a large portion of incremental profits of the Nifty-50 Index and KIE Universe Coverage coming from sectors such as PSU banks, metals & mining, oil & gas and utilities, which should logically trade at lower multiples (10-12 times given the low RoEs of the businesses and/or high profitability in the case of commodities),” they said.

“Only a handful of stocks offer large upside to our FY2020E-based fair valuations,” they noted.

Kotak Institutional Equities’ recommended portfolio comprises large positions on sector leaders in preferred sectors such as banks, consumer discretionary including automobiles, reasonable positions in ‘turnaround’ sectors such as ‘corporate’ banks (ICICI Bank and SBI with solid CASA and improving asset and RoA profiles) and infrastructure and moderate positions in sectors with global linkages such as metals, and Reliance Securities.

“Despite the recent price correction in consumer discretionary names and ‘time’ correction in several consumer staples as we find their valuations quite high and not fully factoring in the possibility of higher domestic and global bond yields and/or lower profitability,” said Kotak Institutional Equities in a research note.

“We also avoid weak business models in the lending space,” they added.

The brokerage house continues to recommend selling 2-wheeler stocks and cement stocks, which have generally been large under-performers over the past 12 months.