The key equity indices managed to register their sixth straight session of gain on Monday as the S&P BSE Sensex and Nifty50 closed marginally up. 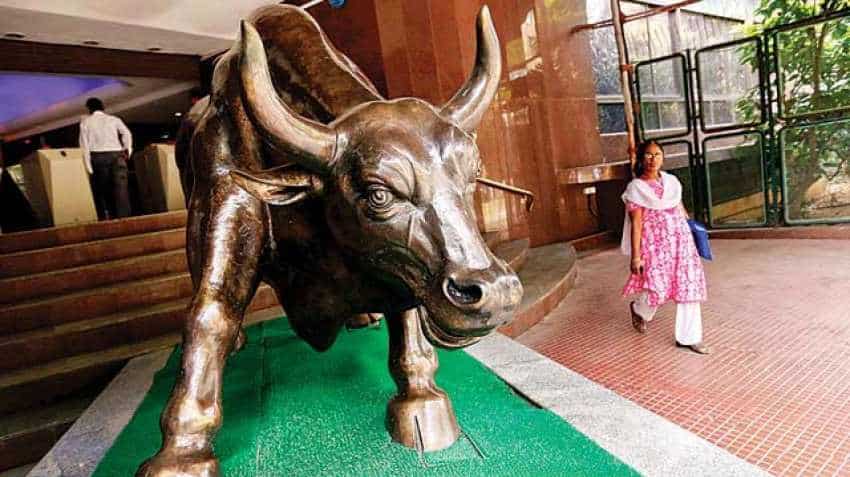 Equity benchmarks continued their rising streak for the sixth straight session on Monday despite headwinds in form of rising crude, sliding rupee and weak GDP numbers.

The benchmark Sensex after opening on a higher note in early trade turned choppy as the day progressed, surrendering strong initial gains. The 30-share gauge ended with a marginal gain of 47 points at 36,241.

The overall subdued trend on the domestic bourses was a result of weakening rupee, which depreciated by a massive 73 paise to 70.31 (intra-day) against the US dollar as concerns related to higher crude oil impacting India's current account deficit resurfaced.

Brent crude, the international benchmark, was trading 3.80 per cent higher at USD 61.72 per barrel.

Moreover, India's September quarter GDP growth slowing to 7.1 per cent from 8.2 per cent in the April-June period of the ongoing fiscal made investors cautious.

However, investors across the world heaved a sigh of relief, reflecting on global bourses, after the two dominating economies the US and China seemed to have called a temporary truce in their ongoing trade tariff tiff, which shooked the global markets in recent months.

"Market swung between gains and losses as positive sentiment from the US-China trade truce was offset by rebound in oil prices and weak INR. The concern on OPEC's production cut and slow growth in Q2

Besides, investors are looking ahead to the outcome of RBI's monetary policy this week, which is expected to be status quo but a likely cut in inflation forecast and measures towards improving liquidity will support the market, analysts said. The 30-share Sensex settled 46.70 points, or 0.13 per cent, higher at 36,241, while the broader NSE Nifty edged up by 7 points, or 0.06 per cent, finish at 10,883.75.

On the other hand, Sun Pharma emerged as the top loser with over 7 per cent fall, capping gains of both indices. The pharma major's scrip nosedived on reports that market regulator Sebi may reopen an insider trading case against the firm and probe alleged lapses by some of its promoters.

Other losers include M&M, ITC, Hero MotoCorp, Reliance, Asian Paints, L&T, HDFC and Kotak Bank, falling up to 3.79 per cent.

The rupee, meanwhile, depreciated by 73 paise to 70.31 against the US dollar at the interbank foreign exchange amid strengthening of the US dollar.