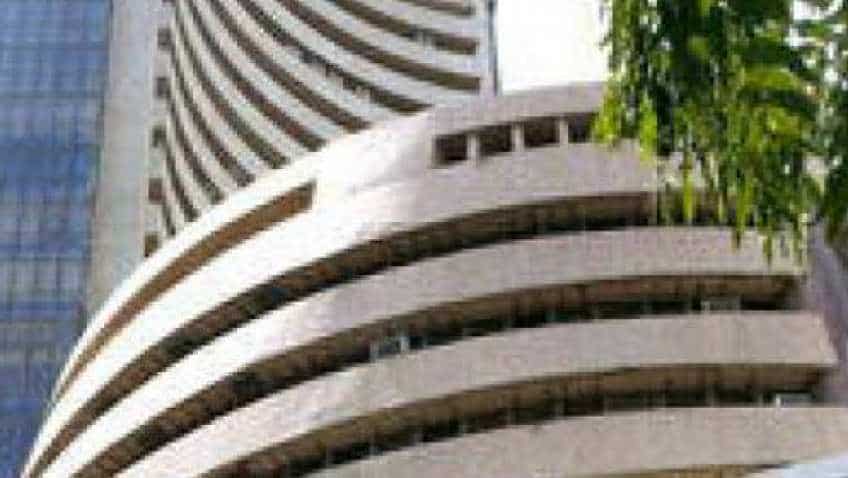 Market benchmark Sensex buckled under heavy selling pressure Monday, plummeting 714 points as investors panicked over exit polls suggesting the Congress giving a tough fight to the ruling BJP in state elections as also the bruised rupee and weak global cues further dampened sentiment. The BSE Sensex cracked below the 35,000 mark, plunging 713.53 points, or 2 per cent, to close at 34,959.72.

Similarly, the broader NSE Nifty fell 205.25 points, or 1.92 per cent, to 10,488.45. Exit polls for the recently concluded assembly elections have predicted a tight finish between the ruling BJP and the Congress in Madhya Pradesh and Chhattisgarh and a win for the opposition party in Rajasthan, impacting trading pattern on the domestic bourses in a big way.

Besides, a weakening rupee, which hit 71.44 per dollar intra-day, and fresh foreign fund outflows further pulled the key indices. All sectoral indices on the BSE and NSE ended in the red, led by realty, banking, metal, pharma, pharma and financial stocks.

Kotak Bank shares cracked over 6 per cent after the bank said it had moved the Bombay High Court against RBI's decision with respect to the bank reducing promoter holding using preference shares. In August, Uday Kotak, the founder and promoter of Kotak Mahindra Bank, has pared down his stake in the bank to 19.70 per cent from about 30 per cent following issuance of preference shares.

Within few days, the Reserve Bank said the stake dilution by Kotak does not meet its regulatory norms on the same, something the private sector lender contested. Other top losers include Reliance Industries, Asian Paints, Tata Motors, Adani Ports, Bharti Airtel, Sun Pharma, L&T, PowerGrid, HDFC, Axis Bank and Bajaj Auto, falling up to 4 per cent.

Coal India and Maruti were the only two gainers on the 30-share index, rising up to 0.79 per cent. Multiple factors impacted the market sentiment as the bears held complete control of the market from opening till the closing bell, said Joseph Thomas, Head Research, Emkay Wealth Management.

This was the biggest one-day fall in the last two months for both indices, falling up to 2 per cent, he said.  On a net basis, foreign portfolio investors (FPIs) sold shares worth Rs 817.40 crore Friday, while domestic institutional investors (DIIs) were net buyers to the tune of Rs 242.56 crore, provisional data available with BSE showed.