Sensex bleeds 1,274 points; 5 reasons why Dalal Street on a tear 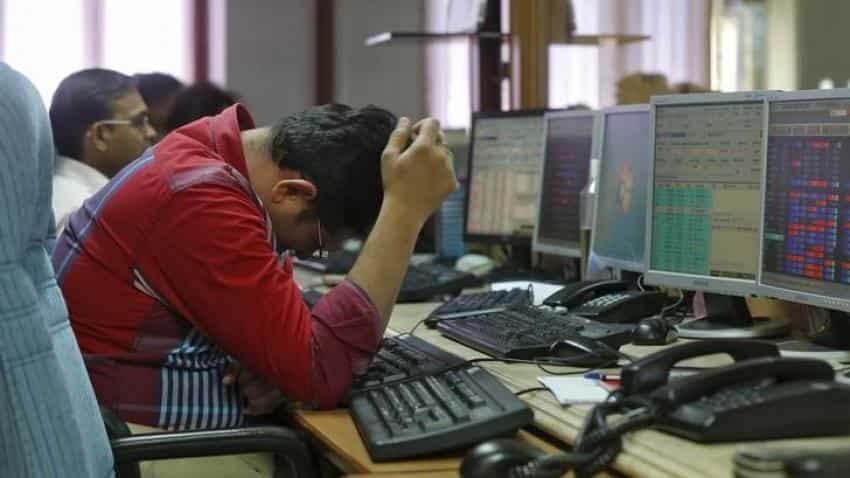 A deep sea of red was all around on Dalal Street on Tuesday as the S&P BSE Sensex cracked over 1200 points, while the broader Nifty50 dipped below 10,300, breaking multiple support zones.

While the Financial Ministry may say that global markets, not the imposition of long-term capital gains has caused the market fall, but a few investors beg to differ.

Below are the five reasons that are pulling the indices down:

With the government hiking the minimum support prices (1.5 times of input cost) for kharif crops and revising upwards the fiscal deficit target for FY18 and FY19, the RBI may take a hawkish tone on the inflation front in its policy review tomorrow.
VK Sharma, Head - Private Broking &Wealth Management, HDFC Securities, although accepted that RBI may revise higher its inflation projections but was quick to add it should not have a much impact on market.
“Since the same MSP policy is already implemented for Rabi crop, only 50 per cent of the crop stare at price revision. On top of it, some of Kharif crops are already ruling around the levels Budget stipulated,” Sharma said.

“While RBI may sound hawkish in its policy, but I don’t think market participants should take it negatively,” he added.

A steep fall on Wall Street overnight caused carnage in the markets worldover, including India. The Dow Jones cracked over 1100 points at close. On Tuesday, the Dow futures are trading over 400 points lower, suggesting a gap-down opening later in the day.

The trigger for the sell-off was a sharp rise in US bond yields following Friday’s data that showed US wages increasing at the fastest pace since 2009, raising the alarm about higher inflation and with it potentially higher interest rates.

The rupee fell by 23 paise to hover near one-and-a-half-month low at 64.30 against the dollar from its 64.07 close, but bonds gained as investors sought safe havens.

The benchmark 10-year bond yield was down 6 basis points at 7.54 per cent, after last week posting its biggest weekly decrease since February 2017.

4) LTCG to cause FII outflows?

The imposition of LTCG tax has also turned market participants jittery, who fear a drop in foreign investment because of it.

So far this year, overseas funds have bought a net $2.4 billion in domestic shares, having also been net buyers in each of the six previous years.

"India is a country that needs capital, both foreign and domestic. I don't know what PM Narendra Modi is up to, but I believe LTCG tax will not be good for Indian economy," said Rogers.

"History shows without fail that whenever you levy a tax on something, you have a less of it. People don't use it that much. That said, I'm sure India will have less foreign investment. LTCG tax is a mistake," he added.

Even after falling over 7 per cent from the peak, the valuations are still expensive for the benchmark indices, while these are exorbitantly high for mid and smallcap indices.

“We had already highlighted that market was looking expensive on our excess RoE vs P/B framework and with higher cost of capital, the valuations had a room to correct, especially in mid-caps,” said Gautam Duggad, Head of Research, Motilal Oswal Institutional Equities.

“The fact that we did not have any significant drawdown in CY17 is making the current correction look more ominous than it is. However, with earnings recovery – 3QFY18 earnings are in-line so far – panning out, we believe the correction is offering a good opportunity to buy from a 2-3 year perspective. Our preference continues for large-caps over midcaps as Nifty valuations at 17-17.5x FY19 projected EPS, while not inexpensive is not out of whack either,” he added.