The Supreme Court on Wednesday directed SBICAP Ventures Ltd to decide, within 10 days, on financing the uncompleted projects of the defunct Amrapali Group. 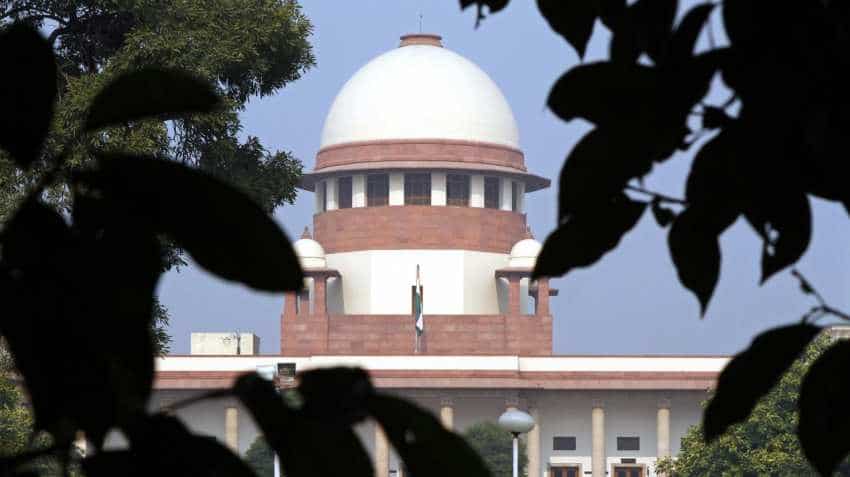 The top court will conduct further hearing on the matter on January 10, 2020: Source; Reuters

The Supreme Court on Wednesday directed SBICAP Ventures Ltd to decide, within 10 days, on financing the uncompleted projects of the defunct Amrapali Group. The SBICAP is the fund manager of the government-sponsored Special Window for Affordable and Mid-Income Housing (SWAMIH) fund.

A bench, comprising Justices Arun Mishra and U.U. Lalit, observed that Additional Solicitor General Vikramajit Banerjee has placed on record the application of SBICAP Ventures with respect to the process for selection of stalled projects for funding of SWAMIH Investment Fund-U and corresponding timeline.The application included a five-point criteria on financing.

The criteria on financing says at least 90 per cent of the available FSI/FAR is being developed as affordable housing units or mid-income housing units and is networth positive -- value of sold receivables plus unsold inventory being greater than cost of construction and to service the investment by the fund. The court observed that with respect to the sale by the government-owned Metal Scrap Trade Corporation, the Centre`s counsel should obtain instructions and to apprise the court on the present status of the process of sale on an affidavit.

For banks that have loan agreements with home buyers, the court asked them to clear their stand on the suggestion of court receiver waiving the interest amount levied on defaults of the builders and home buyers and also on the disbursal of the loan amount to each home buyer in terms of payment requirement of the NBCC.

The court observed that the receiver suggested that the legal proceedings including those in the DRT cheque bounce cases under section 138 of the Negotiable Instruments Act be withdrawn and closed without levying any legal charges/penalties on the home buyers, considering the situation in which they have been put in the case, and the CIBIL score of home buyers be restored, ignoring their EMI defaults.

The court said: "Let the banks submit their stand on the aforesaid aspects to this Court and in case they are ready, they are free to disburse the loan based on the aforesaid suggestions made by the Receiver, without approaching this court."The court said the NBCC is also authorised, in consultation with the receiver, to undertake all urgent works such as lift erection, electricity, water connection and other remedial works etc. "Funds required in this regard be made available on intimation to be received from the Receiver," said the court. The court said that RWAs are directed not to interfere in the work executed by NBCC and any person who may be a bidder or authorised evaluator on behalf of NBCC or MSTC, and these organizations shall be granted access to the projects concerned without any obstruction so as to work out the details for smooth completion of the projects.

The top court will conduct further hearing on the matter on January 10, 2020.