"The 100 per cent household electrification under Saubhagya will be achieved by month end. The government has energised 2.44 crore households under the scheme till today," the official said. 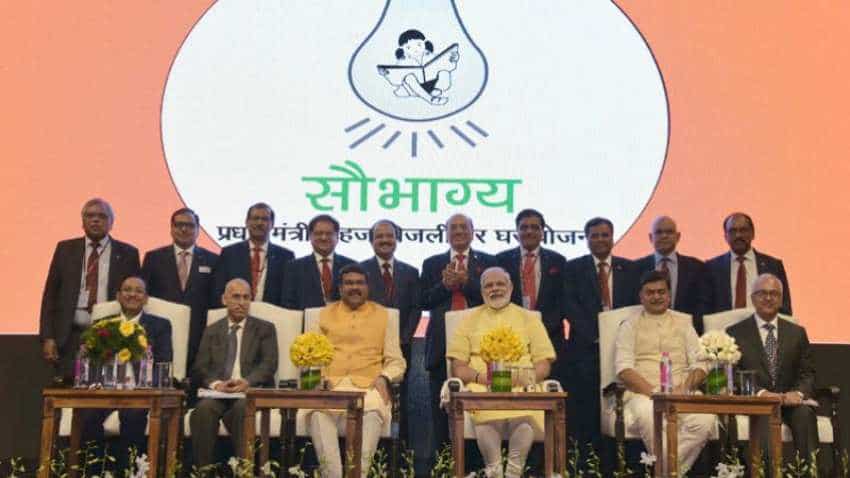 India is all set to achieve 100 per cent household electrification by the month end, with 2.44 crore families having received power connections out of the targeted 2.48 crore under the Rs 16,320 crore Saubhagya scheme, an official said.

"The 100 per cent household electrification under Saubhagya will be achieved by month end. The government has energised 2.44 crore households under the scheme till today," the official said.

"Around 30,000 families are being provided electricity connection everyday. Therefore, the remaining around four lakh households could be energised by the end of this month itself," the official added.

Achieving 100 per cent household electrification was one of the aims of the present government. However, it could not meet the self-imposed deadline of December 2018 for the scheme.

At a meeting of state power ministers, chaired by union Power Minister R K Singh in Shimla in July 2018, it was resolved to complete the task of energising all households by December 31, 2018, against the original deadline of March 31, 2019 provided under the Saubhagya scheme.

As per the official, the speed of work slowed down in some states due to elections and Maoist problems, while there were some contractual issues as well in a few states.

The Saubhagya scheme envisages providing last mile connectivity and electricity connections to all remaining households in rural as well as urban areas.