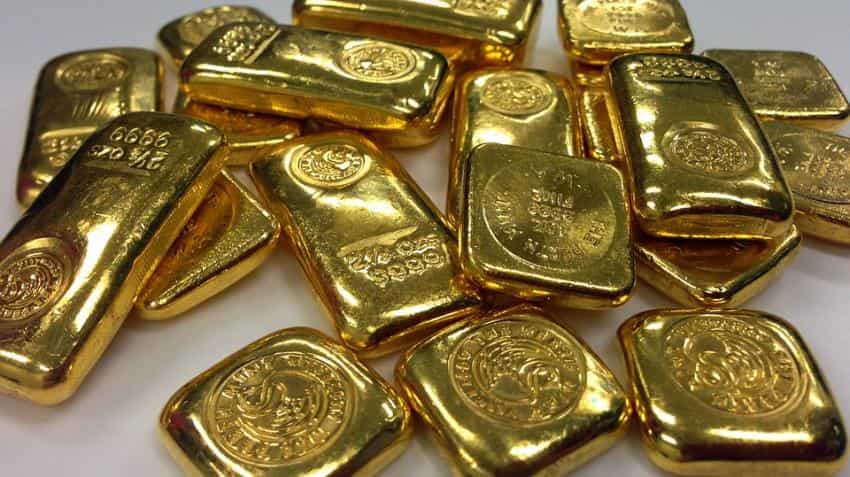 Gold is an essential part of a bride`s dowry in India and also a popular gift from family and guests at weddings. Image source: Pixabay
Written By: Reuters
RELATED NEWS

Indian gold demand may improve through to December as positive monsoon rains and government efforts to raise farmer incomes could boost rural purchases enough to offset higher prices because of the weak rupee, the World Gold Council (WGC) said. India is the world`s second-biggest gold consumer and higher demand there could support global prices that have risen over 5 percent since mid-December, although a rise in imports of the metal would widen India`s trade deficit.

The government`s measures to boost rural incomes by increasing the subsidised prices for food grains and the forecast for a normal monsoon rains in 2018 will bolster demand, Somasundaram PR, the managing director of WGC`s Indian operations, told Reuters on Thursday. "The aggregate demand in April to December would be higher than last year`s three quarters," he said.

Two-thirds of India`s gold demand comes from rural areas, where jewellery is a traditional store of wealth.

The country is likely to receive average monsoon rains in 2018, the India Meteorological Department said in April, potentially raising farm and economic growth in Asia`s third-biggest economy, where half of the farmland lacks irrigation.

India, which sets a minimum support price (MSP) for nearly two dozen farm commodities, said in its budget in February that the MSP will be set at a minimum of 1-1/2 times the cost of production.

In the quarter that ended in March, Indian gold demand fell 12 percent from a year ago to 115.6 tonnes as jewellery demand dropped to the second-lowest level in ten years after local prices jumped, the WGC said in a report published on Thursday.

In the local market, gold futures were trading near their highest level in 20 months as the rupee depreciated to the lowest level in nearly 14 months.

Demand also fell as the number of days considered lucky for weddings in the March quarter fell, Somasundaram said.

Last quarter there were only seven auspicious days compared with 22 a year ago. However, the rest of the year will have the same as the same period in 2017, he said.

Gold is an essential part of a bride`s dowry in India and also a popular gift from family and guests at weddings.

India`s gold consumption in 2018 is likely be between 700 and 800 tonnes versus 737.5 tonnes last year, Somasundaram said. Indian demand has averaged 840 tonnes over the last 10 years.