The rupee recovered from record lows set on Thursday morning aided by dollar selling intervention by the Reserve Bank of India but weak  macro-economic  fundamentals and broad dollar strength are likely to keep up the downward pressure on it. 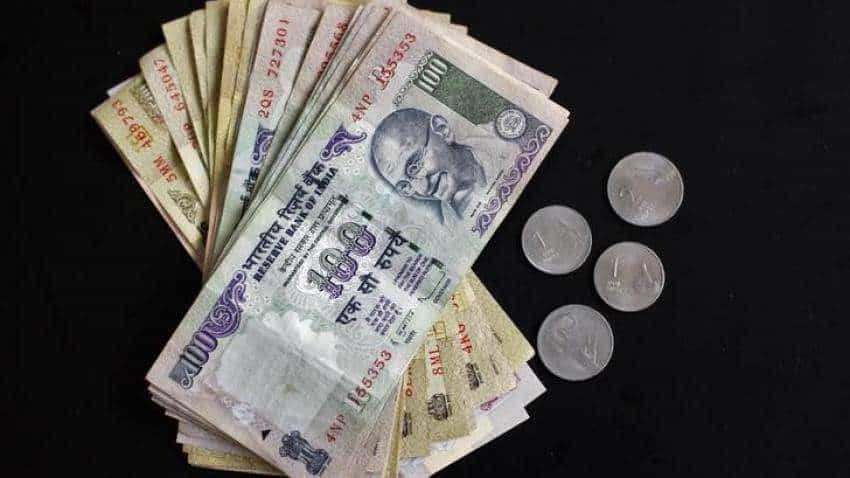 The rupee recovered from record lows set on Thursday morning aided by dollar selling intervention by the Reserve Bank of India but weak macro-economic fundamentals and broad dollar strength are likely to keep up the downward pressure on it. Most other Asian currencies also edged down as a trade dispute between the United States and China kept investors on edge.

The Reserve Bank of India is suspected to have sold dollars through state-run banks at around the 69.09 rupee level, traders said. They were hopeful of larger dollar sales to prevent sharper falls in coming days.

The partially convertible rupee, however, was propped up by dollar selling intervention, closing at 68.79/80 versus the previous close of 68.65/66. The rupee hit a life low of 69.0950 earlier in the session.

"The fall in the rupee was led by higher oil prices and rising trade war tensions between US and China," HDFC Bank analysts wrote in a note.

"In the near term, the rupee is likely to be under pressure as oil prices continue to remain high, capital outflows from emerging economies continue and trade war tensions keep markets jittery," they said.

Things have gone from bad to worse for the rupee, Indonesian rupiah and Philippine peso after the benchmark 10-year U.S. Treasury yield posted its first weekly close above the 3 percent threshold in nearly seven years, a Reuters forex analyst wrote.

A senior Indian finance ministry official, who declined to be identified as he is not authorised to speak to media, said the government and the central bank were closely monitoring and there was no need to panic.

"The situation is quite different compared to 2013 rupee crisis. This time, we have enough forex reserves to deal with any sharp fall," he said adding the RBI could spend up to $25 billion to support the rupee whenever needed.

The rupee has shed 7.7 percent this year, making it the worst performing currency in Asia, followed closely by the Philippine peso.

"Weakening at this pace shatters confidence. Markets expect RBI to manage the currency more effectively. The pressure on INR is high, thus in the absence of major action from regulators, 70 levels can be seen," the head of currency and debt trading at a foreign bank, said.

The widening current account deficit, due to higher global crude oil prices and steady capital outflows, has weighed on the rupee.

Oil prices have rallied for much of 2018 on tightening market conditions due to record demand and supply cuts led by the Middle East-dominated producer cartel of the Organization of the Petroleum Exporting Countries.

The rupee`s fall, however, is expected to help exporters, though currency moves in other trading partners will also have an impact, especially with the Chinese yuan in retreat.

Shares of software service exporters such as Infosys rose 1.5 percent but investors are cautious amid volatile market conditions.

Investors are now awaiting the fiscal deficit data from the government due to be released on Friday.

Despite the rise in the current account deficit, it remains modest relative to GDP and is largely financed by equity inflows, including foreign direct investment, Moody`s said in a note on Thursday, adding that the large foreign exchange reserves provided a good buffer.