Rupee outlook: Indian currency to languish around 70 per $ a year from now, says poll 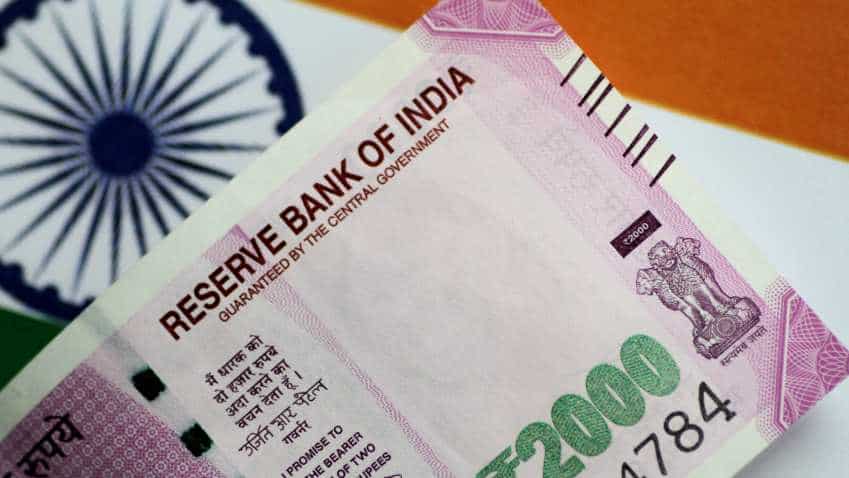 India`s battered rupee, which has lost more than 12 percent this year, will hover near record lows on a worsening trade balance and at best only pare some of those losses in the coming 12 months. Image source: Reuters
Written By: Reuters
RELATED NEWS

India`s battered rupee, which has lost more than 12 percent this year, will hover near record lows on a worsening trade balance and at best only pare some of those losses in the coming 12 months, a Reuters poll found. Extending its losses, the rupee on Thursday breached the level of 72 per dollar for the first time, rattled by trade tension that has hurt most emerging market currencies.

Taken before the currency hit a new record low, the latest Reuters poll of 40 foreign exchange analysts showed the rupee was still expected to remain vulnerable at 70.42 per dollar in a year`s time, weaker than 68.22 predicted in August`s poll.

While the 12-month consensus was for it to gain 2 percent, no analyst polled expected it to be where it was in January, with the most optimistic call at 66.10 per dollar in a year.

"The recent financial market turmoil has pushed the INR too low," said Hugo Erken, a senior economist at Rabobank.
"Admittedly, India is still coping with current account deficits and a relatively large public debt level, but the entire Indian debt is in denominated in INR.

"The Indian economy is in much better shape than five years ago. And we still expect one more (interest rate) hike in October. Given all these developments, we expect some strengthening."

But a separate Reuters poll of economists showed the Reserve Bank of India was not expected to raise rates until 2019, having done so at a second straight meeting in August.

An increasing number of foreign exchange analysts polled remained bearish about the rupee`s outlook, with risks from rising oil prices, uncertainty ahead of next year`s general elections and an escalating trade war.

"The pair is already trading at 72 level...I see no strong reasons why this trend should reverse soon, unless for a sharp weakening of the dollar which is not our house view for the near-term," said Prakash Sakpal, an economist at ING.

"I am skeptical that more (interest) rate hikes will help the INR, given its exposure to a continually widening current account deficit, due to a surging oil import bill and also rising political uncertainty ahead of elections in early 2019."

India's trade deficit widened to a more than five-year high of $18.02 billion in July, driven by higher global prices of crude oil and steady capital outflows, which dragged the rupee lower.

With oil prices elevated, Indian inflation was above the RBI`s medium-term target of 4 percent for a ninth consecutive month in July, putting more pressure on the rupee. But it is not alone.

Most emerging currencies covered by the Reuters poll are at best expected to either stay near current levels or appreciate only slightly. China`s yuan was predicted to gain slightly over the coming year.

"We are pursuing our strategy of selling emerging market currencies of countries that diverge sharply from the Fed`s monetary policy, and are doing so against a backdrop of trade tensions," said analysts at Natixis.