Continuing its healthy recovery momentum for the third-straight day, the rupee today gained 11 paise to end at a one-week high of 72.48 against the US dollar on sustained selling of the American currency by exporters. 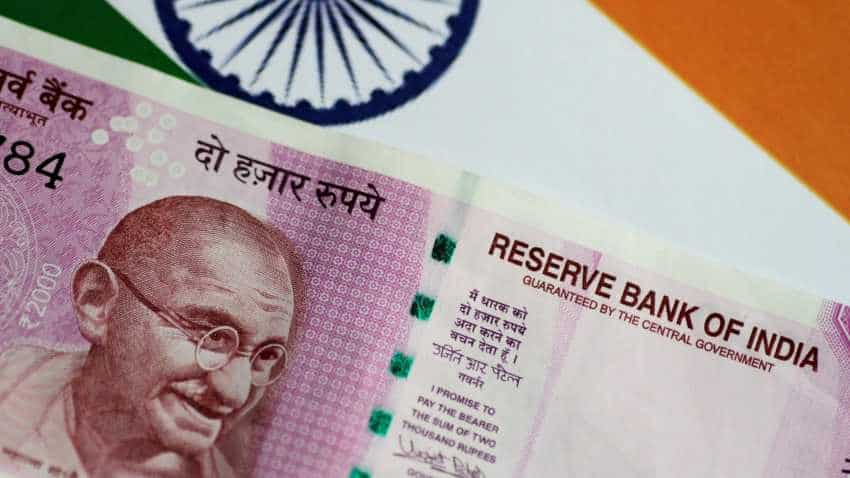 Continuing its healthy recovery momentum for the third-straight day, the rupee today gained 11 paise to end at a one-week high of 72.48 against the US dollar on sustained selling of the American currency by exporters. However, the domestic for the week finished lower by 28 paise, posting its fifth straight weekly loss. Ongoing global trade war concerns and surging global crude prices caused some discomfort for the rupee and restricted the gains.

Heavy month-end dollar demand from importers also weighed on the forex front. Besides, caution prevailed ahead of RBI policy meeting next week. The Indian unit traded in the range of 72.39-72.67 against the greenback most part of the day. In the meantime, global crude prices steadied near USD 82 a barrel mark as US sanctions on Tehran squeezed Iranian crude exports, tightening supply even as other key exporters increased production.

The domestic equities market, however, drifted for the third consecutive trading day as selling pressure remained unabated in select banking counters and NBFCs due to high valuations and exacerbated fears of liquidity crisis in the sector. The benchmark Sensex dropped 97.03 points to end at 36,227.14, while Nifty fell over 47 points at 10,930.45.

Upgrading its economic outlook, the Federal Reserve on Wednesday raised its key short-term interest rate by a quarter point for the third time in 2018 and kept its forecast for another hike later this year. Maintaining its bullish bias, the rupee opened higher at 72.49 from overnight close of 72.59 at the inter-bank foreign exchange market (forex) here. After extending a rally to hit a session of high of 72.39 in late afternoon deals, the local currency finally settled the day at 72.48, showing a gain of 11 paise, or 0.15 per cent.

The Financial Benchmarks India private limited (FBIL), meanwhile, fixed the reference rate for the dollar at 72.5474 and for the euro at 84.4428. In the cross currency trade, the rupee rose further against the British Pound to end at 94.57 per pound from 95.27 and hardened against the euro to close at 83.94 from 84.95 earlier. The home unit also rebounded against the Japanese yen to conclude at 63.92 per 100 yens from 64.35.

On the global front, the dollar staged a rebound following bullish macro data as the US economy expanded at its fastest pace in nearly 4 years. Against a basket of other currencies, the dollar index is up at 94.90. Elsewhere, the euro plunged to an 11-day low - its worst one-day decline in seven weeks after Rome agreed to set a higher than expected budget deficit target that could put it on a collision course with Brussels.