Rs 100 crore earmarked for funding of athletes under TOPS for 2020 Olympics: SAI By Aparajita Upadhyay

A TOPS Secretariat has also been established in a bid to  fine tune  India's preparations for the 2020 Olympics and build a sustainable sports ecosystem in the country. 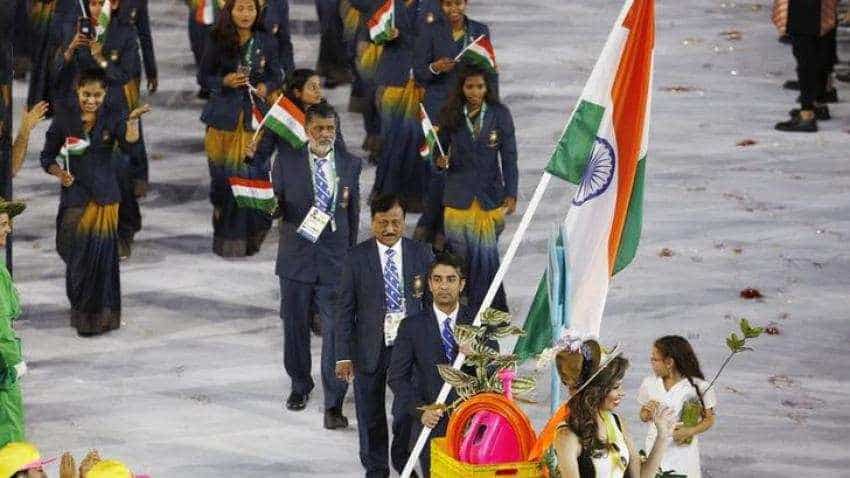 The Sports Ministry has earmarked Rs 100 crore for the funding of athletes under the Target Olympic Podium Scheme (TOPS) for their preparations for 2020 Olympics, according to Sports Authority of India Director General Neelam Kapur.

"We have kept a ballpark (approximate) figure of Rs 100 crores for 2020 Olympics. The sports minister has instructed that there shouldn't be any shortage of funds for the athletes in TOPS," Kapur told PTI.

"With TOPS, we have tried to take a holistic approach. We are consulting the national federations, national observers taking their feedbacks and after going through all the data the final selection is made by the Mission Olympics Cell," she added.

A TOPS Secretariat has also been established in a bid to fine tune India's preparations for the 2020 Olympics and build a sustainable sports ecosystem in the country.

Active since September, the Secretariat consists of a team of professionals with management and sporting expertise that oversees the functioning of TOPS.

Through TOPS, the government has been working to provide assistance to not only the potential medal winners in 2020 Olympics but also keeping an eye on the future by funding a developmental group of athletes who are medal prospects for the Olympic Games in 2024 and 2028.

"Selection in TOPS provides us with a sense of security and a huge confidence boost that we have the capability of doing well and have the full support of the government. They manage us well and provide all the world-class facilities an athlete needs, it is very helpful," Commonwealth Games gold medallist shooter Anish Bhanwala said.

In the selection process, the TOPS team reviews every sport broadly along several parameters, including global performance trends from previous Olympics, World Championships and other major competitions specific to that sport. It also takes into account the performance of international counterparts in the last three years and high-performance age of a typical Olympic medallist specific to each event.

The performance of Indian athletes in the past three years (2016-18) with reference to their latest progression is then taken into account. Since quantitative analysis may not give a balanced picture, feedback from national federations, coaches and national observers along with high-performance managers is also taken.

The athletes selected are provided support which covers essential items specific to their sports discipline which includes customised domestic and international training and competitions, purchase of equipment and out of pocket allowance.

"I was selected in TOPS last year and I imported my ammunition which was worth around Rs 3-3.5 lakhs through it. Apart from the financial aspect, the mental support we get from the government is very important for an athlete," said Commonwealth Games silver medallist shooter Anjum Moudgil.

"Many veteran players 2-5 years before have had issues with the government but now there is a lot of positive change with the minister being an athlete himself and everyone in the government knows what a player needs and that's very motivating for athletes," she added.