With this big development, another feather has been added to Indian Railways' cap. 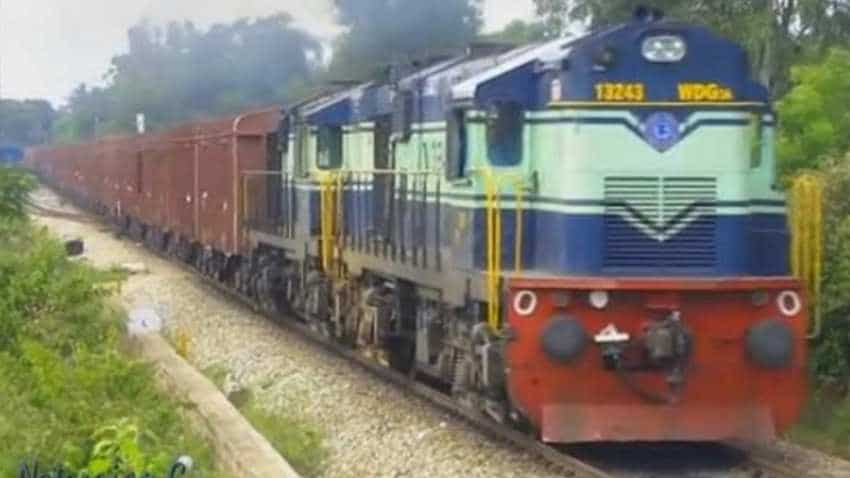 The DFCCIL plans to run freight trains at a maximum speed of 100 kmph as against the current 75 kmph. IANS photo.
Written By: Prashant Singh
RELATED NEWS

Railway Ministry officials said that an inaugural trial run of a railway freight train on the newly-built Rewari-Madar section was flagged off from New Kishangarh Station by Station Senior Executive Ravindra Sharma in the presence of DFFCIL Managing Director Anurag Sachan, as per a report in IANS.

The section has over 15 major bridges and a viaduct, 270 minor bridges, four rail flyovers and 19 road over bridges, out of which 11 are complete while work is on progress on eight. The section also has 178 road under bridges eliminating 148 level crossings.

- The 3,373-km DFC, a flagship project of the Railways, aims to augment rail transport capacity to meet the growing requirement of movement of goods by segregating freight from passenger traffic.

-The Western DFC runs from Jawaharlal Nehru Port in Mumbai to Tughlakabad and Dadri near Delhi, and aims to cater largely to the container transport requirements between the existing and emerging ports in Maharashtra and Gujarat and the northern hinterland.

-The 1,839 km Eastern DFC runs from Ludhiana in Punjab to Dankuni near Kolkata -- to be extended in future to serve the new deep-sea port proposed in the Kolkata area, and will largely handle coal and steel traffic.

- The DFCCIL plans to run freight trains at a maximum speed of 100 kmph as against the current 75 kmph.

- It also plans to increase the average speed of freight trains from the existing 26 kmph to 70 kmph on the DFC.