Fast moving consumer goods player Emami has been a disruptor. The Kolkata-based entity, run jointly by two families - Agarwals and Goenkas, created new segments like men’s fairness cream. While it challenged biggies like Hindustan Unilever, it also got threatened by Patanjali, one of the newest players to have left a mark. 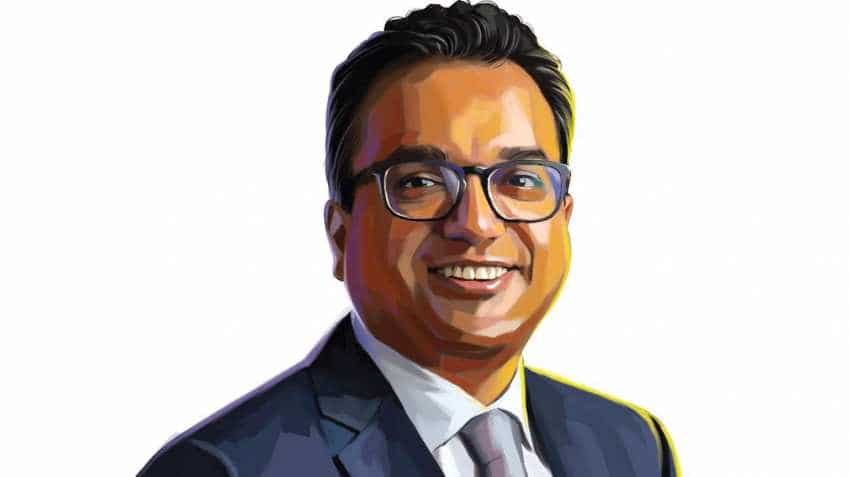 Fast moving consumer goods player Emami has been a disruptor. The Kolkata-based entity, run jointly by two families - Agarwals and Goenkas, created new segments like men’s fairness cream. While it challenged biggies like Hindustan Unilever, it also got threatened by Patanjali, one of the newest players to have left a mark. Director Harsha V Agarwal, who heads key functions like mergers and acquisitions and spearheaded one of Emami’s most high profile acquisitions, Zandu Pharma, talks to Sumit Moitra about the strategic decisions taken by the company, the opportunities and the way forward.

Emami recently bought a significant stake in niche businesses like male grooming brand The Man Company and Brillare Science that caters to salons and spas. It has also picked up small stakes, like 8.87% in US start-up Loli Beauty. What is the idea behind it?
What we are doing is not taking over brands but setting up partnerships. We are passing through interesting times where consumer preferences and requirements are changing very fast. For a company like us, the question is what we do? There are three options. First is try to do everything ourselves, second is we ignore most of what is happening and do whatever little we can afford to do, and third is we work with people who are coming up with new ideas. These are opportunities that have come before us. We need to partner with them in a win-win kind of a situation. There are many start-ups which have got passion, ideas; they want to create something big. What they need is capital, experiences and some hand-holding. Such opportunities must be taken up. As a company, we believe we are not present in many areas. And the ideas we have invested in are some of the key categories to be in for the future. And in the categories we have identified, there would be a lot of action in the near future.

Would you continue to invest in start-ups?
This is just the beginning. Ideally, we would like to invest in more such ideas and companies. But we would be careful in selecting companies. Since these would be partnerships, there are many things that we need to consider. The most critical factor would be the mindset and ethics of the promoters.

Would you be different from venture capitalists or PE investors?
Absolutely. Their investments are mostly financial in nature with a fixed tenure. We would stay invested for years to come, helping them grow and scale up. We are flexible in our approach.

How do you handle the cultural issues? Start-ups are essentially individual-driven firms.
We won’t try to manage them but we would be there to support them. If we start micro-managing their businesses, we would be better off starting that business on our own.

Emami has undergone some major changes. What has triggered this?
We are bullish about the prospects in the rural areas, for which we have created a separate team and expanded our distribution network. In the urban areas, there are several interesting developments, starting with, of course, the birth of online marketing. There is a growing segment of consumers who buy through that channel. It’s now for us to decide how we can exploit this. Thirdly, consumers are now looking for products that can provide solutions to their individual needs in a better way. So that is one area where we are trying to see whether our current portfolio of products can be expanded. Our recent variants like Navratna i-cool talc and Fair and Handsome Laser were created with such consumers in mind.

The acquisition of Zandu gave you access to a host of ayurvedic medicines which were not exploited since the takeover.
Zandu has more than 250 products under generic and ethical medicines which are promoted among doctors and also several OTC (over-the-counter) brands. In the last three to four years, we have focused on Pancharishta, which is doing well. Now we are promoting Nityam while we are launching some new products like Diabrishta for sugar control using ayurvedic medicinal properties. Ayurvedic healthcare as a segment is a bit nascent. But we are hopeful about its future. In India, people don’t look at ayurvedic products separately within healthcare. For them, it only matters whether the medicine can cure the disease and if it is safe. This is one big opportunity for us.

Ayurvedic healthcare is now more acceptable to masses. How does it help?
Yes, for long Ayurveda didn’t get its due. But now we see a lot of opportunities and would be seriously focusing on it. Over the past seven to eight years, we have seen consumers preferring healthcare solutions which are natural as there is a growing feeling that modern medicine, though effective in the short-term, brings problems like side effects after prolonged usage. We are gearing up for this opportunity, creating a strong research and development wing, with a separate business team with a distribution network to drive this segment.

What has been the lessons from acquisitions like Kesh King and She Comfort?
For She Comfort, which is into female hygiene, I still believe that there was a lot of potential, but like I said earlier, you can’t do everything. Resources are scarce and we realised that we would be better off putting our resources elsewhere. Coming to Kesh King, I think it was a great acquisition. Yes, when we took over the brand at that point in time (June 2015), there was not much of competition. But after that, HUL bought out Indulekha (in December 2015) and Patanjali came up with rival products. In spite of these developments, the brand has performed well. There have been some challenges and we are taking some corrective measures. In the next six months, you would see changes in the brand, which would further bring growth to it.

Overseas operations have been under stress for some time. What is the outlook?
The last two years have been challenging because of geopolitical situations in some areas. But the situation has relatively stabilised. We are hopeful of the future as some of our brands are quite popular in some markets including MENA (Middle-East and North Africa), CIS (Commonwealth of Independent States) and Saarc countries. We have brought in a senior executive Vivek Dhir (former chief marketing officer of Dabur International) to head the operations, and starting this year, we believe our overseas operations would do well going by early signs. We are also looking at acquisition opportunities in the international markets.