Rajinikanth's '2.0' vs Reliance Jio, Airtel, Vodafone-Idea, others' battle awakens this scary 'ghost' from past!

Ahead of release on November 29, Rajinikanth-Akshay Kumar starrer movie '2.0' is in trouble with telecom operators objecting to trailers of the movie. 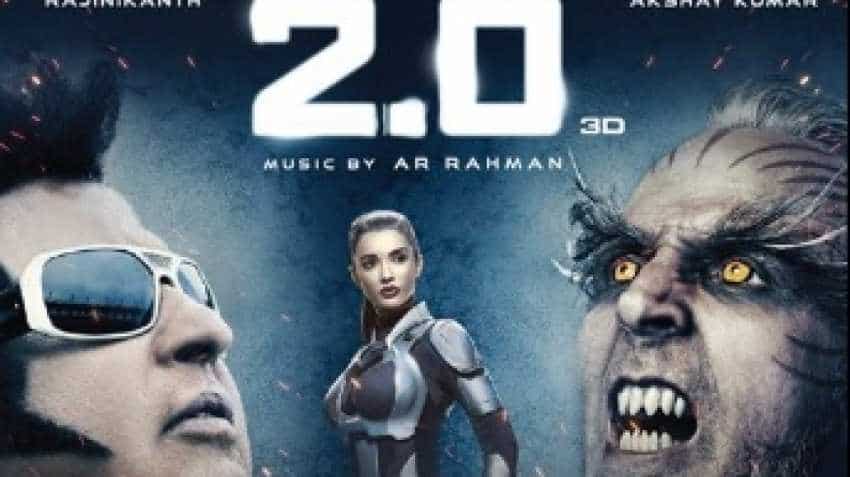 2.0 in trouble! Ahead of its release on November 29, Rajinikanth and Akshay Kumar starrer movie '2.0' is in trouble with telecom operators objecting to trailers of the movie. Telecom operators' body COAI on Tuesday alleged that the promotional videos show mobile phones and towers in a bad light. The COAI has requested the Central Board of Film Certification (CBFC) to revoke the certification of the film, alleging the content of the movie is "defamatory".

The Cellular Operators Association of India (COAI) members include Reliance Jio, Bharti Airtel, and Vodafone Idea. The body has alleged that the promotional videos are based on the theme that electromagnetic field emissions from mobile phones and towers are harmful to living creatures and the environment, including birds and human beings.

A COAI statement said that such a depiction would create unfounded fear and mass paranoia by spreading misinformation about the adverse impact of mobile towers and mobile phones. The content of the movie is "defamatory to COAI and its members, endangers public order, presents anti-scientific attitudes, constitutes offences including under various sections of the IPC (Indian Penal Code) and is in violation of the provisions of the Cinematograph Act, 1952," it added.

'2.0' is said to be India's costliest movie till date.

"We have further requested the Censor Board to revoke the certification already granted including for the teaser, trailer and other promotional video and Tamil language version of the film with immediate effect until such time as CBFC makes a determination on our submission. We have requested that the exhibition of the movie be suspended in the meantime," said COAI Director General Rajan S Mathews.

The COAI has further alleged that the content of film is against the public interest, as it constitutes offences under Section 268 (public nuisance), Section 505 (statements conducing to public mischief) and Section 499 (defamation) of the Indian Penal Code and "stands to prejudice the ongoing proceedings before the Supreme Court over whether or not mobile towers have any harmful effects". adequately.

Ghost from the past!

The COAI's complaint against '2.0' has awakened a ghost from the past. How? Health concerns over electromagnetic field emissions from mobile towers and cell phones were hotly debated until last year. However, the government had allayed all fears, saying there was no credible research to prove that such emissions were harmful for people.

In a bid to help people check whether the EMF radiation in their area is harmful or not, the government had launched a website www.tarangsanchar.gov.in. The government had said that the portal will dispel myths and misconceptions about EMF.

The official website says, "Electromagnetic fields are present everywhere in our environment – the earth, sun and ionosphere are all natural sources of EMF."

However, like it or not, Rajinikanth and Akshay Kumar movie 2.0, has breathed life back into this massive controversy now and its impact is already visible in telecom companies' negative reactions.