While addressing the industry in a symposium on ‘Build Synergy for Seamless Credit Flow and Economic Growth,’ he said that it is now felt that the financial health of the banks has improved significantly 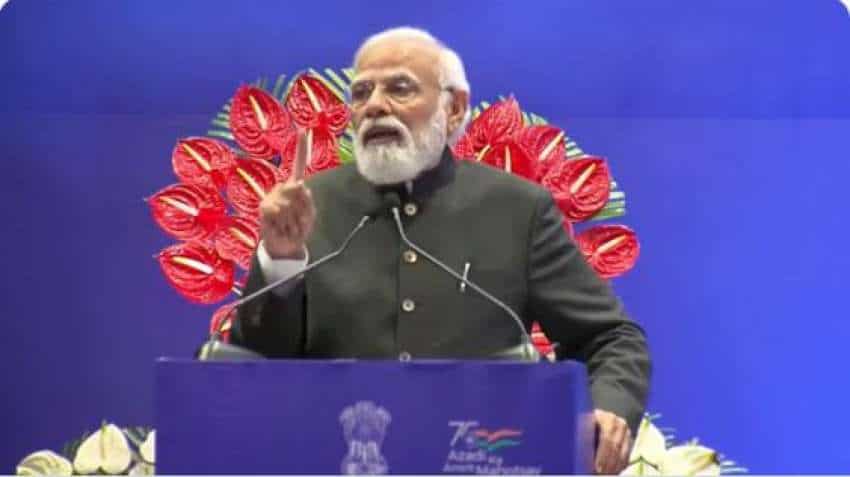 The reforms undertaken by the Government and its support to the banking sector over the last 6-7 years have infused a lot of strength in it, Prime Minister Narendra Modi said on Thursday while speaking at an event.

While addressing the industry in a symposium on ‘Build Synergy for Seamless Credit Flow and Economic Growth,’ he said that it is now felt that the financial health of the banks has improved significantly.

The government has found ways to address all the issues and problems related to the sector predating 2014, PM Modi said adding that the problems of Non-Performing Assets (NPA) have been addressed and banks recapitalised, which has added strength to the sector.

Modi said that government also brought reforms such as the Insolvency and Bankruptcy Code (IBC) and amended various laws to improve them.

The government also set up a stressed asset management vertical during the Covid-19 pandemic.

All these decisions have collectively resulted in better resolution and recovery for banks.

An inherent strength is now being found in the banking sector, the PM said.

A reflection of Government’s transparency and commitment could be seen in the recoveries made by the banks which have been able to recover around Rs 5 lakh crore, he further said.

The government has done these through policy interventions and diplomatic channels and the process is still ongoing, he added.

The PM highlighted how the efficacy of public sector banks have increased as a result of consolidation and which has also helped the banks raise funds from the markets.

The banks now have a strong capital bases as a result of various reforms undertaken by the government. Banks have strong liquidity and there is no backlog of provisioning. And this is despite the onslaught of the pandemic.

Global credit agencies are also revising their ratings upward for the banking sector.

The Indian Banking sector has infused new energy to the economy and the sector could play a vital role in furthering the cause. The current phase can be seen as a new milestone.

He also urged the banks to create new wealth creators in the country.

Speaking at a symposium to ‘Build Synergy for Seamless Credit Flow and Economic Growth.’ https://t.co/yO3gKO5awV

The banks must not wait for customers to come to their branches and instead reach out to them by analysing their requirement, the PM said. Banks must give customised solutions to the customers.