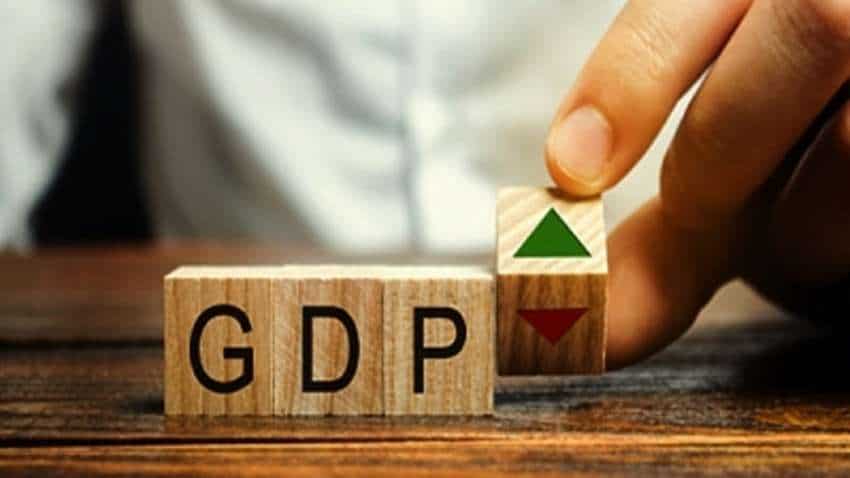 Meanwhile, IHS Markit in a report on Friday said that India is likely to overtake Japan as Asia's second-largest economy by 2030. IANS pic.

The National Statistical Office (NSO) on Friday said that the Indian economy is estimated to grow at 9.2 per cent in 2021-22, as against a contraction of 7.3 per cent in the previous fiscal, mainly due to improvement in the performance of agriculture and manufacturing sectors.

Meanwhile, IHS Markit in a report on Friday said that India is likely to overtake Japan as Asia's second-largest economy by 2030 when its GDP is also projected to surpass that of Germany and the UK to rank as world's No.3.

Currently, India is the sixth-largest economy in the world, behind the US, China, Japan, Germany and the United Kingdom.

"India's nominal GDP measured in USD terms is forecast to rise from USD 2.7 trillion in 2021 to USD 8.4 trillion by 2030," IHS Markit Ltd said, as per a PTI report. "This rapid pace of economic expansion would result in the size of Indian GDP exceeding Japanese GDP by 2030, making India the second-largest economy in the Asia-Pacific region."

By 2030, the Indian economy would also be larger in size than the largest Western European economies of Germany, France and the UK.

"Overall, India is expected to continue to be one of the world's fastest-growing economies over the next decade," it said.

The long-term outlook for the Indian economy is supported by a number of key growth drivers.
"An important positive factor for India is its large and fast-growing middle class, which is helping to drive consumer spending," IHS Markit said, forecasting that the country's consumption expenditure will double from USD 1.5 trillion in 2020 to USD 3 trillion by 2030.

The Indian economy is forecast to continue growing strongly in the 2022-23 fiscal year, at a pace of 6.7 per cent.

The rapidly growing domestic consumer market as well as its large industrial sector have made India an increasingly important investment destination for a wide range of multinationals in many sectors, including manufacturing, infrastructure and services.

The digital transformation of India that is currently underway is expected to accelerate the growth of e-commerce, changing the retail consumer market landscape over the next decade.

"This is attracting leading global multinationals in technology and e-commerce to the Indian market," according to the report. "By 2030, 1.1 billion Indians will have internet access, more than doubling from the estimated 500 million internet users in 2020."

The rapid growth of e-commerce and the shift to 4G and 5G smartphone technology will boost home-grown unicorns like online e-commerce platform Mensa Brands, logistics start-up Delhivery and the fast-growing online grocer BigBasket, whose e-sales have surged during the pandemic, IHS Markit said.

"The large increase in FDI inflows to India that has been evident over the past five years is also continuing with strong momentum in 2020 and 2021," it said.

This, it said, is being boosted by large inflows of investments from global technology MNCs such as Google and Facebook that are attracted to India's large domestic consumer market
.
Being one of the world's fastest-growing economies will make India one of the most important long-term growth markets for multinationals in a wide range of industries, including manufacturing industries such as autos, electronics and chemicals, and services industries such as banking, insurance, asset management, healthcare and information technology.