The minister informed that India and the US constructively engaged in bilateral meetings with a number of countries with an aim to narrow gaps on 'requests and offers' to the mutual satisfaction. 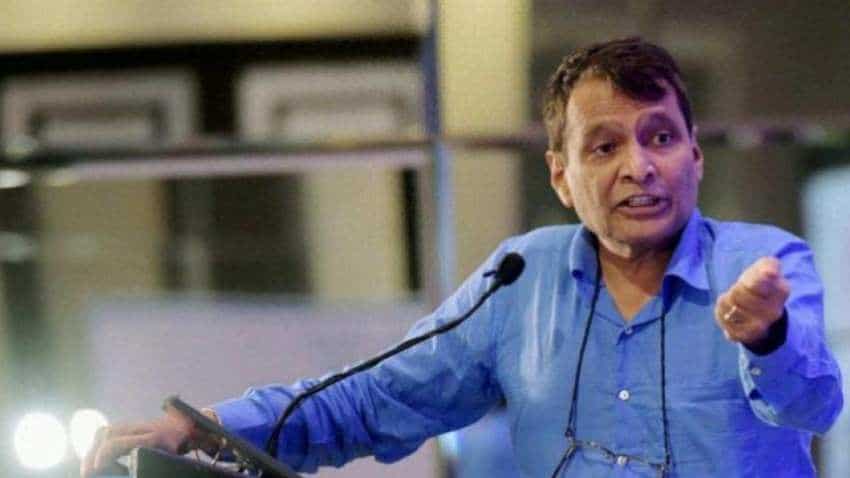 The member nations of RCEP bloc must empower their negotiators to adopt flexibility for resolving pending issues coming in the way of concluding the negotiations for the proposed mega trade agreement, Union Commerce Minister Suresh Prabhu said Saturday.

"We should empower our negotiators with mandate to show flexibilities and accommodation on outstanding and pending issues," Prabhu said at the RCEP ministerial meeting at Siem Reap In Cambodia.

He said that a lot of ground still needs to be covered this year.

"We should be mindful of the limitations ahead, given that there are only three more rounds this year at the technical level," he said.

So far 25 rounds of talks have been concluded but the members have yet to finalise the number of goods on which customs duty will be eliminated. Issues are also pending in services sector as India is demanding greater flexibility to promote trade in services.

The minister informed that India and the US constructively engaged in bilateral meetings with a number of countries with an aim to narrow gaps on 'requests and offers' to the mutual satisfaction.

"With little more flexibility, we can accomplish a lot in services trade which holds immense potential for RCEP," he added.

Further, he said that some countries of RCEP bloc including India will be going for elections this year, but the momentum of the negotiations should be continued.

The negotiations have entered the sixth year. The last round was held in February in Indonesia.

But lower level of ambitions in services and investments, a key area of interest for India, does not augur well for the agreement that seeks to be comprehensive in nature.