The fiscally prudent budget could comfort the RBI`s six-member monetary policy committee (MPC), and raise the prospect of a rate cut sooner rather than later, given price trends. 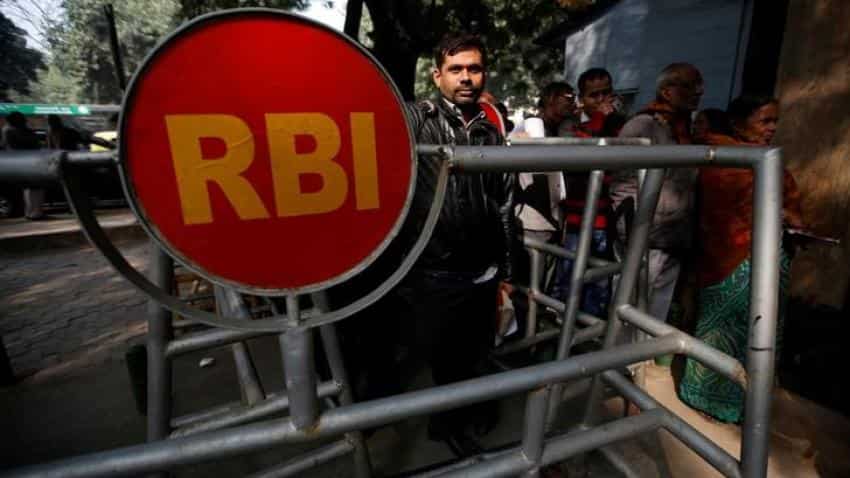 The IMF sees the economy growing at 6.6% for the year ending March, below the RBI`s 7.1% estimate. Photo: Reuters
Written By: Reuters
RELATED NEWS

India`s falling inflation rate gives the Reserve Bank of India (RBI) room to cut its policy rate to a more than six-year low to help an economy hit by a crackdown on cash.

The question is whether the RBI will pull the trigger on Wednesday or wait until April. A Reuters poll last week, conducted before the government presented its annual budget, showed 28 of 46 participants expected the RBI on Wednesday to cut the repo rate by 25 basis points to 6.0%, its lowest since November 2010. Another two expected a 50 bps cut.

That slight bias toward a cut now remained in place after the government delivered a budget that kept its fiscal deficit target for the year starting in April at 3.2% of gross domestic product, below the 3.3 to 3.5% expected by analysts.

The fiscally prudent budget could comfort the RBI`s six-member monetary policy committee (MPC), and raise the prospect of a rate cut sooner rather than later, given price trends.

LIMPING BACK TO HEALTH

Those two factors could let the RBI make its first cut since October to boost an economy dealt a major blow when Prime Minister Narendra Modi in November abolished high-value notes in a bid to target unaccounted cash.

Asia`s third-largest economy is limping back to health after the cash crackdown. The Nikkei/Markit manufacturing purchasing managers` index for January showed expansion though the services gauge showed a third month of contraction.

"A February rate cut is a better window than April as it complements the government`s affirmative step in the budget towards fiscal consolidation," said Radhika Rao, chief economist at DBS Bank in Singapore.

But it will be a close call.

At its last review in December, shortly after Modi`s announcement, the RBI unexpectedly held rates, saying it expected the ban on big-notes to have only a "transitory" impact on growth, and citing the need to monitor inflation.

The MPC could again opt for caution, even as some analysts believe the central bank risks acting too late to aid the economy, with private forecasters generally more pessimistic than the RBI.

The International Monetary Fund sees the economy growing at 6.6% for the year ending March, below the RBI`s 7.1% estimate.

But to some analysts, caution is justified given the volatility in inflation and how banks have substantially slashed their lending rates this year after receiving a surge in deposits from people holding cash.

The lower interest levels should allow better transmission of the RBI`s rate cuts, totalling 175 basis points since January 2015. The RBI may also want more time to gauge the impact of global headwinds on the rupee. Expectations of rate hikes by the U.S. Federal Reserve this year and Donald Trump`s election have sent funds away from emerging markets.

A. Prasanna, economist at ICICI Securities Primary Dealership, cited these external factors as increasing the difficulty in predicting whether the RBI will cut now or in April.

"Although the Fed is expected to only gradually raise rates in 2017, pressure on emerging market currencies will remain and we expect the RBI to emphasise this while setting policy," he said.